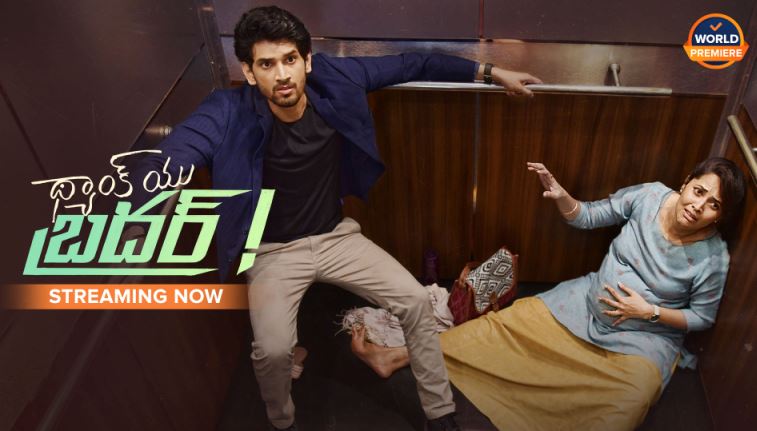 Aha OTT platform, the new booming digital streaming platform for Telugu audience presenting this film in theaters. So, we can make sure that the digital rights of the film are with Aha App. As the movie is coming to Theaters at first, we are here to update all our readers with the Thank You Brother Movie OTT Release Date, Satellite rights.

Thank You Brother is an upcoming telugu movie directed by Ramesh Raparthi and produced by Magunta Sarath Chandra Reddy , Tharak Bommi Reddy. Starring Anasuya Bharadwaj and Ashwin Viraj in lead role along with other artists. Music of Thank You Brother composed by Guna Balasubramanian and cinematography by Suresh Ragutu. The movie is scheduled for theatrical release on April 30, 2021.

A careless boy trapped in an elevator with a pregnant women who already had a bad a time with her in the same lift. How he helps the pregnant women to deliver a baby in the elevator is the remaining story.

As per the latest available sources, Aha is the digital streaming partner of this film. Thank You Brother Aha Release date will be updated after its film release into theaters. As always, we will keep you updated on the future of Thank You Brother Telugu movie streaming date for the movie if anything changes.