Thalaivi Movie OTT Release Date: Bollywood Queen Kangana Ranaut Starring Biopic Movie Thalaivi is all set to hit big Screens on 10th September 2021. Thalaivi is Completely a biopic of Former Late Chief Minister Jayalalitha. A.L Vijay has been Directing this Movie. Zee5 May Bagged its OTT Rights because as this Movie itself being Produced on its Banner. But Makers Didn’t Confirmed about that. 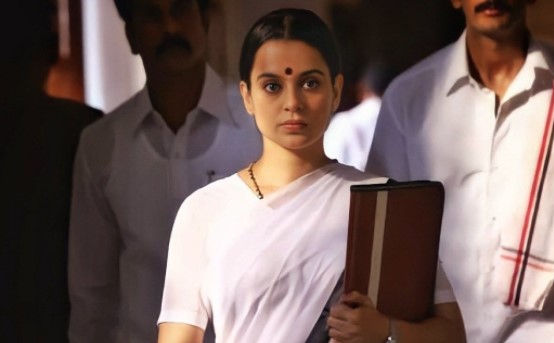 Thalaivi is a Biopic Movie of Late Jayalalitha who has been one of the Top Politicians in india. She Holded Chief Ministerial Power for Several Times, She was treated like Draupadi by late DMK leader Karunanidhi in Tamilnadu Assembly. Before entering politics She was an Actress in kollywood and worked with many top Actors like MGR, Shobanbabu and others. She was unmarried through out her life. She was called as Amma by majority of Tamilians. The Movie on the whole going to depict the Personality of Jayalalitha in this Thalaivi Movie.

OTT Rights of Thalaivi arent announced by any of the film makers. But As Movie is Being Produced Under banner of Zee Studios then we can expect that it will Stream on Zee5 after theatrical Release. Thalaivi is all set to hit big screens on the Occasion on Vinayaka Chavithi i.e. on 10th September 2021.

If everything goes well in theatrical release then OTT Release date can be expected in October / November of 2021. This Movie was launched on Jayalalithas Birth Anniversary 24th February 2019. Kangana Ranaut herself undergone Physical transformations. She put weight for some Period and later Slimmed again. Special Prosthetic Makeup was also done for Kangana ot get the real appearance of Jayalalithaa.