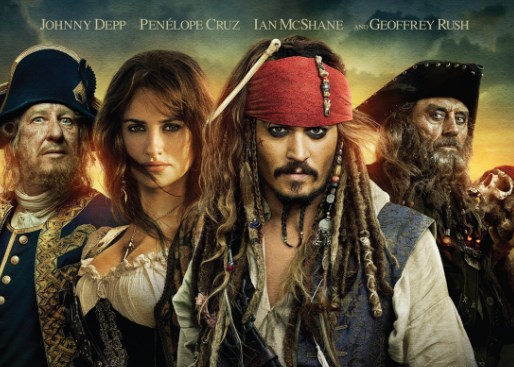 Scarlett Johansson starter Lucy movie is must watchable film. It’s a Complete Science fiction Action Drama. Story revolves what happens when a person uses 100 percent of his or her brain. Luc Besson has directed this film while virginie Besson Silla bankrolled it 39 million dollars. Later it collected 463 million dollars. This movie is availeb in Telugu on Netflix

Batman: The Dark Knight is the most Popular Hollywood film available in Telugu on Prime Video. Christopher Nolan directed this movie while Christian Bale and Michael Caine played main lead roles. Emma Thomas and Charles Roves Produced it with 185 million dollars and it collected around 1.005 billion dollars

Pirates of the Caribbean is the most like Hollywood film. Till now 5 Parts of this movie has been released from Part 1: The Curse of the Black pearl (2003) to Dead Man Tell no Tales (2017). All parts of this series are available in Telugu on Disney Hotstar OTT app. Johny Dep’s role as Captain jack sparrow is the Special attraction in this movie. All 5 movies have collected 4.524 billion dollars till now.

Marvel Series are not only high budget but they are the story that are presented from Comic to real on Screen. Almost all Marvel Movies like, Lord of Ten rings, Black Widow, Avengers Series. All these are available in Telugu on Netflix, Hotstar and Prime Video.

Spider-man Far from home movie directed by Jon watts got released in 2019. Tom Holland played main lead as spider man and Zendaya as his love interest. With a Budget of 160 million dollars that movie has made 1.132 billion dollars. Telugu dubbe is available on Netflix.

Mummy Series has many parts. First part got released in 1999 with title “The Mummy”. Stephen Sommers directed it while Brendan Fraser played main lead role. With a budget of 80 million it has collected 415.9 million dollars. All part of this movie available on Prime Video and Netflix in Telugu.

Godzilla vs Kong movie got released in August 2021. Adam Wingard has directed this movie while Alexander Skarsgard plays main lead role. Story revolves around fight between kond and Godzilla. With Budget of 155 million dollars it collected 467 Million dollars. Telugu dubb of this film available on Prime Video