Tegimpu Review: Ajith is one of the biggest stars in Kollywood but he hasn’t much craze in Telugu, though his movies aware of by Telugu audiences, however, his last outing Valimai has done quite well in Telugu, and now he is back with another action flick called ‘Tegimpu’. The film’s trailer has raised expectations, carrying that humongous expectations the film has released today and getting some positive buzz, well, let’s get into the detailed review and find out whether the film is worth watching or not. 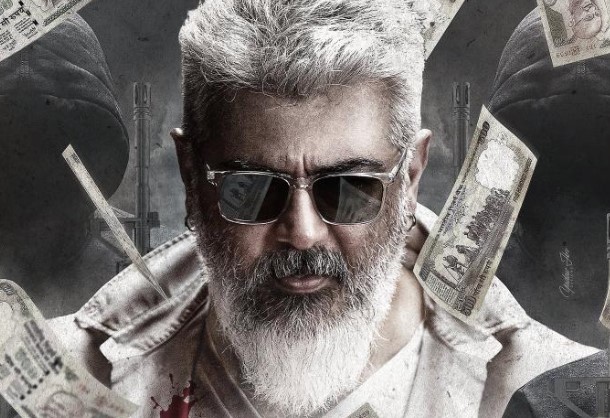 Tegimpu narrates the story of where a mastermind thief who heists the bank called You Bank in Chennai. He started demanding a hefty amount, however, in the proceedings the government refused to pay the amount then he decided to steal the people’s money. Finally, what was his motive, and what was his back story? How escapes from the bank need to be seen in the film.

Heist thrillers are very rare in India but the most Netflix popular Money Heist becomes the best-known heist thriller for the Indian audience, however, for the first a superstar comes up with a heist thriller. Talking about Tegimpu, the film starts off with an explosive action sequence that marks the hero’s introduction and it then dives into the plot establishment and character introductions. The film doesn’t take much time to get into the actual story and once the hero heists the bank from then on the film gets interesting with the racy nonlinear screenplay, though the first half flounders here and there with some routine scenes, it vanished with an edge of the seat moments.

The second half becomes a bit slow with the flashback episode but it doesn’t take much time to get back into action mode, second has some never-before action blocks and some twists as well, the right amount of action and twist makes you invested in the story till the climax. However, the protagonist’s motive to steal money was not convincing his motive could have been much better.

Ajith has done a phenomenal job as a thief, his mannerisms remind us of the film called ‘gambler’ which is a treat to him on screen and especially for his fans, Malayalam actress Manju Warrier does a decent job and she impressed in action sequences and the rest of the cast like Ajay, Samuthirakani, GM Sundar, John Kokken are did their best as per the story requires.

Technically, Tegimpu looks top notch Nirav Shah’s cinematography is the biggest plus point for the film, especially in Bank he makes us part of the story with this lighting, mood, and blocking, this type of film demands a solid background score and Gibran has done a brilliant job in giving the brilliant background score and rest of technical team did well.

H.Vinoth is known for action films and this film is the third film with Ajith, he knows that Ajith films don’t need a strong story, if there is brilliant action and twists then the film will definitely work. He did the same thing with Tegimpu, he narrated the simple story with a backdrop of a bank heist and includes high-octane action sequences and some twists and turns and he succeeded in engaging the audience till the climax.

Overall, Tegimpu is must watch action flick that may not appeal to every section of the audience