Taapsee Pannu Wiki and Biography: Taapsee Pannu is a model and actress who has been in movies in Telugu, Tamil, and Hindi. Before she became an actress, Taapsee tried her hand at modelling and worked as a professional software developer. She did a lot of work for commercials. 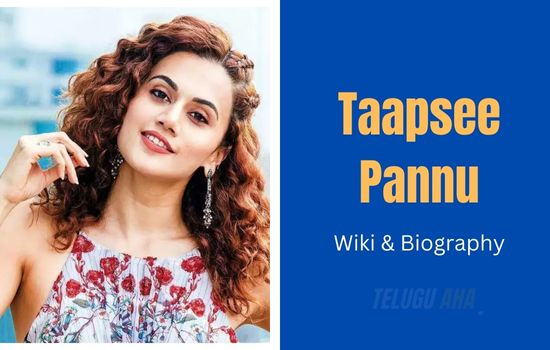 Taapsee Pannu is a model and actress who is well-known in India. She has been in movies in Hindi, Telugu, Tamil, and Malayalam. She was one of only a few South Indian actresses to have seven movies come out in the same year. Taapsee’s first big role, as “Minal Arora” in the Bollywood movie “Pink,” put her in the spotlight.

Taapsee Pannu went to school in Ashok Vihar, Delhi, at Mata Jai Kaur Public School. After getting a degree in computer engineering from the Guru Tegh Bahadur Institute of Technology in New Delhi, he got a job right away.

Taapsee was born in New Delhi on August 1, 1987. She went into the business of making software, and she wants to include her sister Shagun Pannu in her film projects. She decided to be a model full-time after she was spotted at an audition for the Channel V Get Gorgeous talent competition and told that she was the best person for the job.

Tapsee started out as a model in 2004 when she took part in Get Gorgeous, a talent show on Channel V. She then did a lot of ads in newspapers and on TV. She tried out for Miss India in 2008 and won the titles of Safi Femina Miss Beautiful Skin and Pantaloons Femina Miss Fresh Face. She worked for companies like Reliance Trends, Vardhman, Coke, Pantaloon, and Tata Docomo as a brand ambassador in the end.

In 2010, Taapsee decided that she didn’t want to be a model anymore and instead wanted to be an actress. She first appeared in a movie, Jhummandi Naadam, which was in the Telugu language.

Taapsee’s first role was in the Tamil movie Aadukalam, which came out the same year. People liked what Taapsee did in the movie, and it did well at the box office. “Doubles,” a Malayalam movie from 2011, was her first role in a movie. Taapsee’s first movie was “Chashme Baddoor,” which came out in 2013. She also acted in movies like Baby, Pink, Running Shaadi, Dil Juunglee, and Judwaa 2.

She got a lot of praise for her role as Harpreet in the Bollywood movie Soorma, which came out in 2018. In the 2019 biopic “Saand Ki Aankh” by Tushar Hiranandani, Taapsee played “Prakashi Tomar.”