Here are the latest updates of Super Deluxe Telugu Dubbed Movie Release Date, Super Deluxe Telugu Digital Rights, OTT Release Date, Cast, Crew and more. As we all know Super Deluxe(2019) is one of the most critically acclaimed Tamil movie directed by Thiagarajan Kumararaja. The film has created an attention among all the filmmakers and film lovers in India. It is an anthology film with multi genre layered stories interlinked by a philosophical thing. 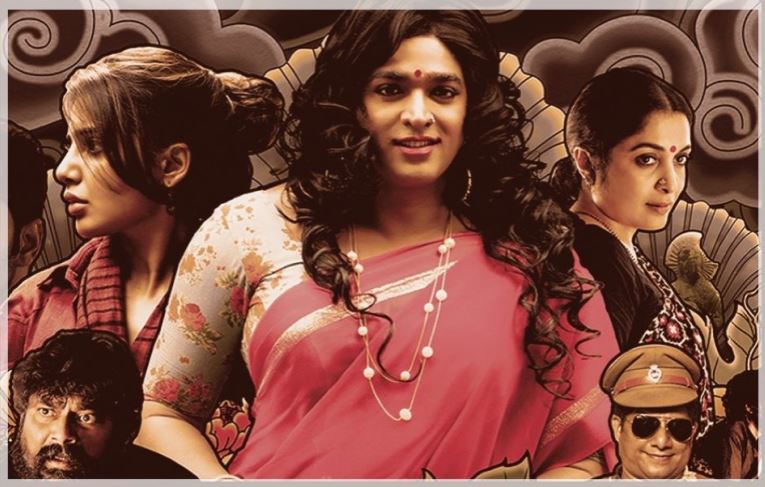 After many years of its success, the Telugu version of this film is arriving to Tollywood. In order to cash on this new found craze for Vijay Sethupathi (Uppena) and Fahadh Faasil (Pushpa) in Telugu, many of their dubbed movies have set to release in Telugu. Similarly, Siddheswara Vaishnavi films have bagged the Telugu rights of the film for a fancy price. The makers have already started the Telugu dubbing work and it will have a Theatrical release followed by OTT Release.

Film lovers who are eagerly awaiting for the Telugu dubbed version of Super Deluxe has the good news. Super Deluxe movie will be soon available in Telugu language and mostly in the Summer 2021. As we all know, Super Deluxe is the one of the cult classic film’s in Kollywood starring Samantha Akkineni, Fahadh Faasil, Vijay Sethupathi, Ramya Krishnan, Mysskin, Gayathrie and others.

The movie is based on the stories of Six characters written by Four popular Tamil writers (Kumararaja, Mysskin, Nalan Kumarasamy and Neelan K Sekar), Two cinematographers have worked for this unusual film directed by Thiagarajan Kumararaja.

Original Tamil version released in 2019, the film was not only a box office success, but also a commercial success in Kollywood. Vijay Sethupathi’s performance as a transgender is one of the key highlights of the film. Also, Fahadh Faasil, Samantha, Ramya Krishnan, Mysskin and Gayathrie lived up in their roles. After quite a long time the super deluxe Telugu dubbed movie hopefully releasing in 2021.

Siddheswara Vaishnavi films has acquired the Telugu dubbing rights for ‘Super Deluxe’. Arrangements are being made to complete the Telugu dubbing work soon and bring it to the front of the audience in Theaters. Sure, this film will impress the Telugu as well.. No doubt in that.

It had Vijay Sethupathi playing a transgender person role and Samantha played a woman who after marriage decides to cheat her husband with her ex-lover for one time but he dies in the middle of the act. Now, 2 years after its release, Super Deluxe is all set to get dubbed and released in Telugu. P. Madhubabu of Siddheshwara Vaishnavi Films banner has acquired the film’s Telugu theatrical rights for a decent price. Super Deluxe Telugu version will be hitting screens mostly in 2021. More details will be out soon.

There are only a few films balance the experimental and entertaining aspect of filmmaking while blowing the audience’s minds at the same time. Super deluxe belongs to this kind and achieved this feat with its super crazy climax and quirky characters. Super Deluxe Telugu Release Date will be mostly in Mid 2021.

Super Deluxe is the film that begins as a black comedy and ends like a dramedy on life, sex and spirituality. Super Deluxe is about four stories that are interwoven together, making it hard to guess who wrote what. If you are a film lover then don’t miss Super deluxe full movie in Telugu.

As we all know, Super Deluxe is the biggest Hits of Tamil Cinema. Aha Video has reportedly acquired the digital rights of this Telugu dubbed film. As always, we will keep you updated on the future of Super Deluxe digital streaming rights and Super Deluxe OTT Release date and more.