Subbaraju Wiki and Biography: Indian actor Penmatsa Subbaraju works mostly in the Tamil, Telugu, and Kannada film industries. People know his movies “Pokiri” (2006), “Billa,” and “Baahubali 2: The Conclusion.” Most of the time, he has played bad guys in movies. 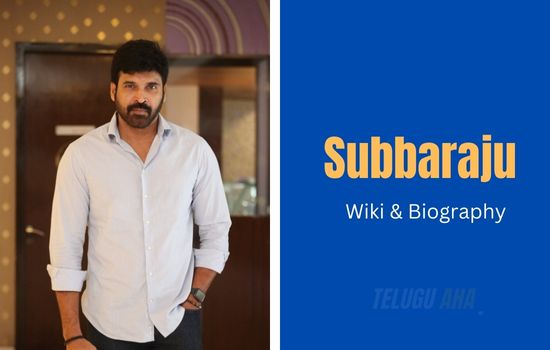 On February 27, 1977, Subbaraju was born in Bhimavaram, Andhra Pradesh. He is 42 years old right now. His birth sign is Pisces. After finishing high school, he went to D. N. R. College in Bhimavaram to get a degree in mathematics. After that, he took a few computer classes before getting a job at Dell Computers in Hyderabad.

Subbaraju once went to the home of Krishna Vamsi’s assistant to fix his computer because he was a computer engineer. There, Krishna Vamsi saw him and asked if he would like to be in his movie “Khadgam.”

In 2003, Subbaraju made his acting debut in the Telugu movie “Amma Nanna O Tamila Ammayi.” In the movie, he played the part of a boxer. He was given the chance to play a fighter in more movies thanks to his outstanding performance in the movie.

After that, he had a small role in “M. Kumaran S/O Mahalakshmi,” the Tamil version of “Amma Nanna O Tamila Ammayi,” which made him famous right away. After that, he played a bad guy in the Telugu movie “Arya.” The movies “Subash Chandra Bose,” “Yogi,” “Neninthe,” and “Pokiri” are what people know him for. He had a short cameo in the popular movie “Baahubali: The Conclusion.”