Stuartpuram Donga Movie OTT Release Date: Stuartpuram Donga is an Upcoming Action and Biopic drama based on Tiger Nageshwar Rao who is mastermind thief of Stuartpuram. Bellamkonda Sai Sreenivas is Playing the main lead role in this movie. VV Vinayak’s assistant KS is directing this film which is going to be his Debut in Tollywood. At present Movie didn’t even gone on floors for shooting. 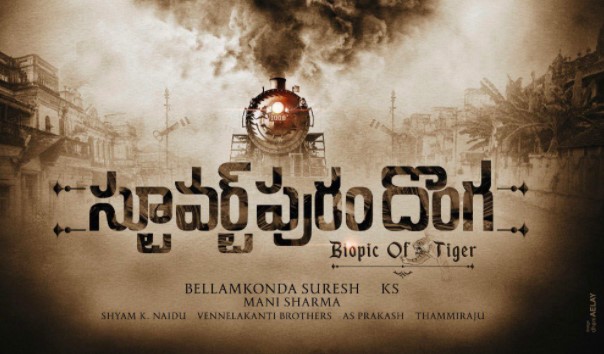 StuartPuram donga is Completely an Action Biopic Drama. Movie is Set in 1970’s Period. Nageshwar Rao (Bellamkonda Sai Srinivas) escapes cleverly from clutches of police in intelligent ways from Prison. When he escapes from chennai jail he will be known as Tiger. Nageshwar rao will finally be shot dead by police in 1987. This is the actual real biopic story of Nageshwar Rao.

Bellamkonda Sai Sreenivas’s Father Bellamkonda Suresh is Producing this Movie. Vennelakanti Brothers are writing the story. Mani Sharma is Composing the music and Cinematography is being handled by Shyam K. Naidu.

Bellamkonda Sai Sreenivas has gained much Popularity among North Audience. All of this film thoug didn’t bags hit in theartres they gains positive response and million views when dubbed in Hindi. Many films have come before on Stuartpuram Police Station, Stuartpuram Dongalu, This movie may become a BlockBuster Hit in Coming days as Concept is also Unique.

Movie at present didn’t even gone on floors for shooting. Only title poster was released by Bellamkonda Sai Srinivas on 11 August 2021 through twitter. By the end of this year its shooting may complete and it may release in theartres first. OTT Righst details of the movie aren’t announced as if now.

If everything goes well without any further lockdowns, Pandemic restrictions then StuartPuram Donga may release in theatres at the end of this year. OTT Release date of this film can be expected only in next year 2022.