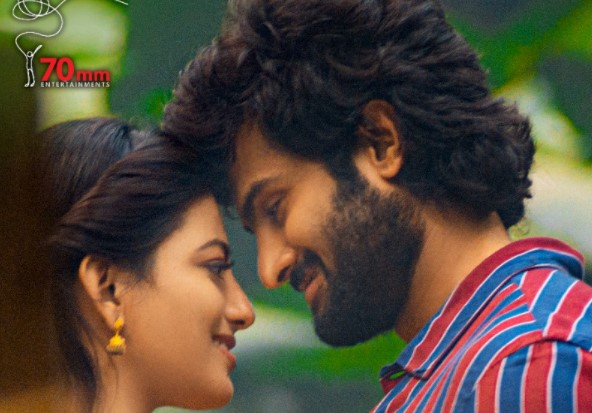 Sridevi Soda Centres is a Romantic Action Drama Movie. Sudheerbabu as Soori babu in jail narrates his Flashback love story. He works as a light man in godavari village. He wins boat race and celebrates. Goons try to kill him in jathara, but he fights back. Soori babu fells in love with Sridevi(Anandhi), Their love fail, it breaks up. In the mean while Soori babu escapes from jail. Intense dialogues of Sridevi are heart wrending. Ending of the story is very dark On the whole movie is all about an Intense love story between different caste lovers.

Movie is Not bad,  it is One time Watchable. Uppena effect in this movie can be clearly caught. Fight sequences are done well. Intense love dialogues are Plus points for this movie.Story is not new, many intercaste love story films have came up already. Some Scenes seems to be lagging. Technical Part is good. Something better Could have done in story part.

Plus Points: Twist in climax, Performance of Anandhi, Screenplay