Sonu Sood Wiki and Biography: Sonu Sood works in Bollywood as an actor, model, and producer. He has worked on movies in Hindi, Tamil, Telugu, Kannada, Punjabi, and English, among other languages. He recently became well-known for helping Indian migrant workers get out of the Covid-19 Lockdown and back to their families. He has helped thousands of Indian migrants get on buses, trains, and planes so they could get to their final destinations. Also, he and his organisation have given migrant workers a number they can call for free if they get lost while trying to get home. 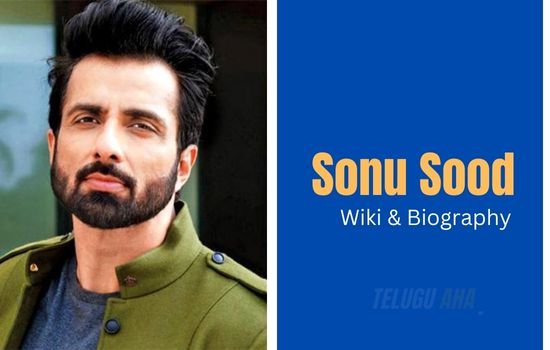 Sonu Sood finished his formal education in the Indian province of Punjab. After he finished college, he went to work in his dad’s showroom. Sonu Sood went to Nagpur University and got a degree in engineering. On his modelling trip to Mumbai, he only took 5,500 Indian Rupees with him. When he first got a job at a private firm in Mumbai, he made a small salary of 4,500 rupees per month. This was when he was having trouble making ends meet.

Sood first saw Tamil language movies when Kallazhagar and Nenjinile came out in 1999. Then, in 2000, he played the bad guy in the Telugu movie Hands Up! He made his Majunu debut in 2001. In the 2002 Hindi film Shaheed-E-Azam, he played Bhagat Singh for the first time.

Sood became well-known for playing Abhishek Bachchan’s brother in two movies by Mani Ratnam: Yuva (2004) and Aashiq Banaya Aapne (2005). In 2005, when the movie Super came out, which was his big break in Tollywood, more people started to pay attention to him. Nagarjuna played a high-tech thief in the movie as well.

He became famous overnight because of his role in the Telugu movie “Super,” which came out in 2005. Many Telugu movies, like “Athadu,” “Ashok,” “Arundhati,” “Ek Niranjan,” and “Shakti,” then had him in them. Aashiq Banaya Apne, Dabangg, Happy New Year, Gambar Is Back, and Simmba are some of his most well-known Bollywood movies.

Sood’s first role in an English-language movie was in the 2017 film Rockin’ Meera. He also played a role in the Chinese movie “Xuanzang.” In the 2009 movie Arundhati, he played Pasupathy for the first time. Soon after his Tollywood movie Arundhati came out, he played Rajkumar Sujamal in the epic movie Jodha Akbar, which was directed by Ashutosh Gowariker.

In the 2009 movie Anjaneyulu, which he starred in with Ravi Teja, he played the gangster Bada. In Ek Niranjan, a Telugu movie that came out in the second half of 2009, he played the bad guy again. He was the main bad guy in Abhinav Kashyap’s 2010 movie Dabangg, which starred Salman Khan. His first Kannada movie, Vishnuvardhana, which came out in 2011 and starred him and Sudeep, got good reviews. The state election commission called him “the state icon of Punjab.”