Sonakshi Sinha Upcoming Movies: Sonakshi Sinha, the daughter of renowned actor Shatrughan Sinha, made her acting debut alongside Salman Khan in the Hindi film industry. After her debut, she received ongoing offers, but the actress is now appearing on screen much less frequently. Her most recent film, “Bhuj: The Pride of India,” was released in 2021 and was a critical and commercial failure. 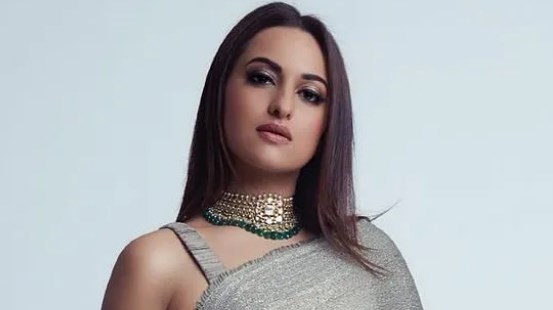 After her debut performance in 2010’s Dabangg, Sonakshi had a breakthrough year in 2012, appearing in four movies. Her first movie of the year was Prabhudeva’s “Rowdy Rathore,” where she starred opposite Bollywood’s “Khiladi,” Akshay Kumar. Despite receiving mixed reviews upon release, the movie was a financial success, taking in INR 15.6 crores on opening day. Her subsequent film, directed by Shirish Kunder and titled Joker, was a box financial, and critical flop. After that, she made an appearance in the commercially successful but critically derided film Son of Sardar, which was directed by Ashwin Dhir and starred Ajay Devgn. Despite receiving negative reviews upon its release, Arbaaz Khan’s Dabangg 2 was a commercial success, capping out the actress’s busy year in style.

Sonakshi’s stellar 2013 was off to a wonderful start with a role in Lootera with Ranveer Singh. Despite the movie’s underwhelming box office performance, Sonakshi won plaudits for her portrayal of Pakhi, a small child suffering from tuberculosis. The other movies she was in this year, ones with Shahid Kapoor and helmed by Milan Luthra, Tigmanshu Dhulia, and Prabhudeva, all received badly to average reviews.

Well, in this article, we’ll talk about Sonakshi Sinha’s list of future films. Scroll down to see the list to learn more.

By the end of the year, Sonakshi Sinha, who was last seen in the 2021 direct-to-OTT film “Bhuj: The Pride of India,” may have two releases. Nikita Roy And The Book Of Darkness, which will be released in 2023, is a new project that she recently announced. It will be her brother Kussh Sinha’s directorial debut.