Sita Ramam Movie Review: Dulquer Salmaan starrer Sita Ramam is finally in theatres. Movie has created a lot of buzz with it’s trailer and strategic promotions from the team made more audience to look out for it’s release. Visuals from the songs, teaser and trailer looked stunning with some interesting cast and crew. Hanu Raghavapudi is expert in dealing love stories, who helmed this project. Let’s get into the in-depth review of this movie to check this is worth watching our time. 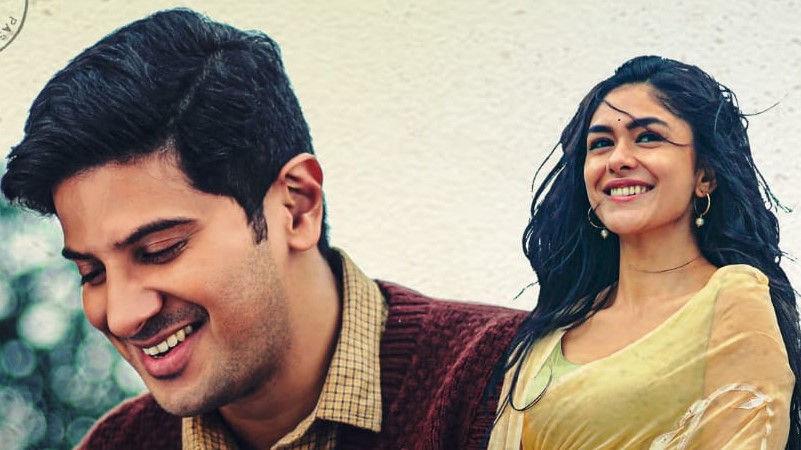 Afreen is handed over a letter written by Lieutenant Ram for his love interest Sita. Afreen who doesn’t have any idea about Ram and Sita, goes in search of them with the help of Balaji and in the process meets Brigadier Vishnu Sharma, under whom Ram worked a few years earlier. When Vishnu Sharma came to know about Afreen searching for Ram, he gets shocked and orders his team to bring Afreen to him. This reveals the love story that took place a few years back between Ram and Sita and also reveals the truth about their present situation.

Hanu Raghavapudi impressed everyone with his first outing “Andhala Raksashi”. The way he deals the love stories is always pleasant to watch on screen. Sita Ramam has some beautiful love scenes and brilliant visuals that will surely remind us of few Maniratnam movies, as the director himself is huge fan of the movie legend Maniratnam. 1st half of the movie starts interestingly and slowly develops the story that happened in the past and makes the audience involved with some beautiful songs and love scenes. However, movie looks little dragged in the later half and many unwanted elements will ruin the feel we experience in the 1st half.

Interval block will surely excite the audience on how the later half will proceed, but the excitement created will not be stable as the scenes in the second half looks a little over the top, with some uninteresting and unwanted inclusions that spoils the soul of the movie. When it comes to overall narration and making of the movie, it looks much better when compared to previous films of the director, who always falters in dealing the second half of the movie.

Emotions are the key for this romantic drama and the movie is successful in establishing the emotions in the right place that could connect with the audience.

Dulquer Salmaan as Ram is a treat to watch on screen. He excels in every role that is offered to him, and we only see the character forgetting the actor. Mrunal Thakur looks beautiful and also performed good in few scenes. Rashmika Mandanna has limited screen time and she is not that impressive with her performance. It is happy to see Sumanth playing such roles, who is wasted in many movies, though the actor has potential to perform. Bhumika Chawla, Tharun Bhascker, Vennala Kishore and other actors did their part well as required for the story proceedings.

Technically Sita Ramam looks stunning, Vyjayanthi Movies is known for it’s grandeur in making. We can see that the producers have spent enough money to bring out the best output from the director and production values are high. Visuals in the movie are stunning, PS Vinod & Shreyaas Krishna did a brilliant job in capturing some beautiful locations and art department should be appreciated for recreating the aura of 1960’s. Music composed by Vishal Chandrasekhar is soulful. Director Hanu Raghavapudi is mostly successful this time in presenting us a beautiful love story, with very few ups and downs in the narration.

Finally, Sita Ramam is visually beautiful painting kind of a love story that will stay with the audience.