Shyam Singha Roy Movie Review and Ratings: Nani’s Most awaiting movie Shyam singa roy has got released into theatres grandly in Telugu, Tamil, Kannada and Malayalam languages. Where ever we see there are positive reviews and talk about this film. Sai pallavi’s Perfomance again going to be highlight. Director Rahul Sankrithyan very well present this Super natural drama. 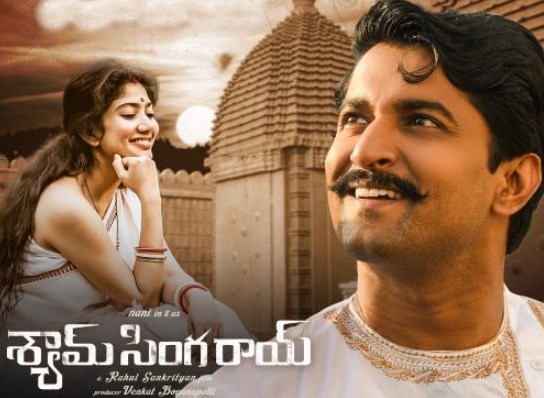 Nani plays the role of Vasu who is a Low Budget movie director while Krithi Shetty appears as his love interest Keerthi. Things change interestingly when Vasu gets attacked by goons. His head gets injured and he starts getting memories from past life. Its non other than the love story with Rosie (sai pallavi) in bengal.

Dialogues, Movie set, locations and Sai pallavi performance are plus points in this movie. This is krithi shetty’s second appearance in movie and audience will see her very different from that of Uppena’s Bebamma character.

Shyam Singa roy is a must watchable movie for its production values. Story, Screenplay, dialogues are good. Krithi Shetty appears different and new from that of Uppena movie. Sai Pallavi performance is plus point. More credits can be given to the Director Rahul Sankrithyan.