Shamshera Telugu Dubbed Movie Review: After four long years of anticipation, the film starring Ranbir Kapoor has finally opened in theatres. In 2018, he returned to the role of Sanju for the final time. The actor, who is currently working on the acclaimed production Brahmstra, recently lost his father and was going through a hard patch. In a dual role as Shamshera, Ranbir is ready to light up the screens. Let’s take a closer look at the film and see if it’s worth your time. 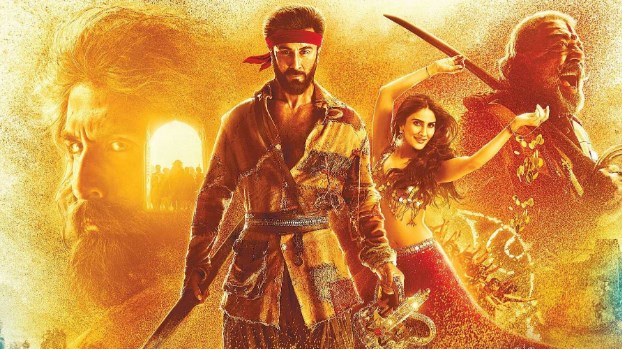 Warrior tribes are imprisoned and enslaved by Shudh Singh, a brutal dictator, in the fictional city of Kaza. Shamshera is a tribal hero known for his unwavering dedication to the defence of the rights and honour of his people. This is the tale of a man who went from being a slave to being a leader and, eventually, a legend in his community. He is a persistent advocate for his people’s right to independence and self-respect.

Ranbir Kapoor and Vaani Kapoor play the lead characters in the film, which also features Sanjay Dutt, Ronit Bose Roy, and Saurabh Shukla. This Aditya Chopra-produced Yashraj Films film, directed by Karan Malhotra, is a product of Yashraj. Mithoon is in charge of the music, Anay Goswamy is in charge of the photography, and Shivkumar V Panicker is in charge of the editing.

The movie takes place in a fictional city called Kaza, and the setting is a familiar one from other films. Even if the plot is simplistic and the visuals are dated, the film’s emotional resonance will captivate viewers and keep them glued to the screen until the very end. To set up the world and introduce the characters, the first few minutes of the film are devoted to setting up the setting. Once that is complete, the plot begins to take shape, and we are compelled to watch the film all the way to the finish.

Both as father and as a son who takes up arms against injustice and rises to leadership positions, Ranbir excels in his dual parts. There are some minor differences, but the facial hair and moustache on Shamshera are definitely fake, and anyone who sees it can tell that it was done with cosmetics. Vaani kapoor appeared on film for only a little period of time, yet she had a striking appearance. Another brutal role for Sanjay Dutt, and the rest of the cast did their best to fill it, as required for the story’s progression.

Anay Goswamy’s cinematography and Mithoon’s background score and songs make this a visually appealing film. Yash Raj films are known for their high production qualities, and this project is no exception. As in his previous works, Karan Malhotra, best known for the films Agneepath and Brothers, chose a straightforward storyline and focused on the interplay of characters’ emotions.

Finally, Shamshera is well worth seeing in a theatre because to the high quality of its production and the outstanding work of its star-studded cast.