Samantha was in the hit movie Yashoda, which was directed by Hari-Harish. Now that everyone is looking at Shakuntalam, Samantha plays the main role in the movie, which is supposed to be about mythology. It will be shot in Telugu and released in Tamil, Hindi, Kannada, and Malayalam as well. But the movie Shakuntalam has been put off more than once because the people who made it said it was made slowly and that seeing it in 3D would be a feast for the eyes. 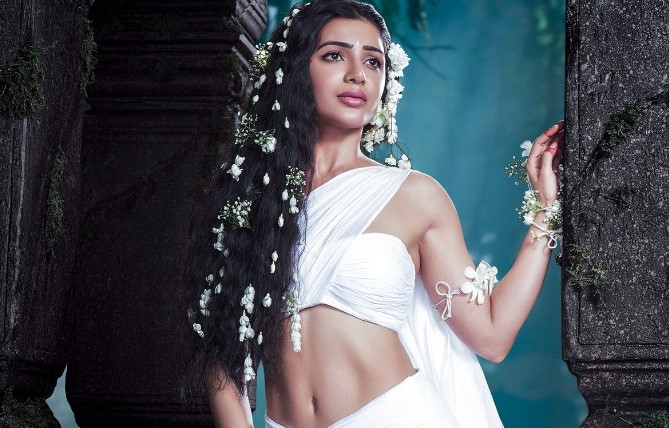 Shakuntalam makers haven’t divulged an official synopsis but as per the reports this hugely expensive movie Shaakuntalam is based on Kalidasa’s famous Sanskrit play “Abhijnana Shakuntalam.” Samantha and Dev Mohan play Shakuntala and King Dushyant from the Mahabharata, whose love story is one of the most famous in Indian history.

Let’s talk about the technical crew in the film Prawin Pudi is the Editor, Art was done by  Ashok, Lyrics has written by Chaitanya Prasad & Shreemani, Raju Sundaram is the Choreographer,  stunts are choreographed by Venkat, King Solomon, Sai Madhav Burra is the dialogue writer, Alagarsamy Mayan is the VFX Supervisor,  Annapurna Studios took care of DI.

Shakuntalam has been postponed several times due to many reasons, as the film has done all the work long ago, but before releasing it, the filmmakers have decided to release it in 3D. If you want to watch the full movie then you need to wait for an official theatrical release date announcement.

As we all know Gunasekhar, who is a very talented director, is in charge of the movie. He is known for making movies with sets that have never been seen before. For Okkadu, with Mahesh Babu, he built a set of Charminar, which at the time was the largest set ever built in Tollywood. In the same way, he said that Shakuntalam has the space to build sets that are so big that it will be a feast for the eyes in the theatres.

Shakuntalam is a female-centric period film and in Telugu, we rarely see female-oriented movies, and that too this type of big-scale film is the first time in Telugu I guess, and talking about the budget of Shakuntalam is about 65 crores this is more than Samantha’s market but the makers believed in content and let’s hope for the best.

Samantha‘s last film Yashoda is also a female-centric film and it did well in terms of both reviews and numbers it has a 7.2/10 IMDb rating and a lot of people looking forward to Shakuntalam and the film is expected to hit the screens in March 2023.

Shakuntalam is the most expensive film in Samantha’s career and this film is the crucial film for Gunashekar recently he walked out of Rana’s Hirnya Kasyapu film and now his complete concentration is on Shakuntalam only.