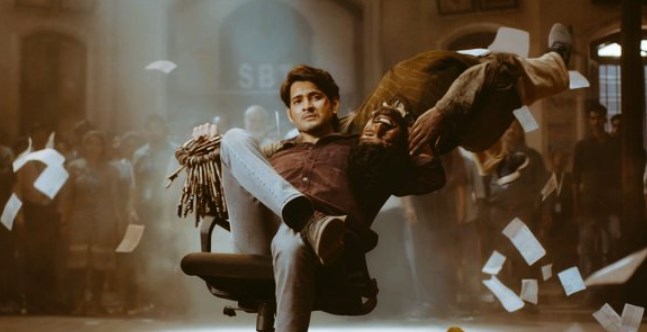 Umair Sandhu took his social media handle and wrote, “Sarkaru Vaari Paata works for varied persons –it has a simple but captivating story with a dramatic twist in the tale, the chemistry between the lead actors is perfect and the music is well juxtaposed in the narrative. But its biggest USP is, without doubt, Mahesh Babu. He carries the film on his board and brawny shoulders and that alone is the imperative reason for watching this film. Expect a hurricane called Sarkaru Vaari Paata to strike at the box office.

#SarkaruVaariPaata is designed to magnetize the masses in hordes. The accurate blend of action, emotions, drama and humor, besides a superlative performance by #MaheshBabu makes this motion picture an immensely pleasurable and delightful movie watching experience. ⭐⭐⭐⭐1/2

he stated about performances, “Mahesh Babu delivers one of his best performances in recent times. His fans are sure to lap this knockout performance in a big way.”  About the leading lady, the UAE-based critic wrote, “The movie would be incomplete without Keerthy Suresh. She looks gorgeous and gives this character the dignity that it deserves.”

“Sure shot mass blockbuster all the way. My personal, Favourite Telugu film of 2022”, Umair concluded his review by giving 4.5 stars out of 5 to the film.