Sardar Telugu Movie Review: Karthi basked in a massive hit with PS-1 and now he is geared up for another interesting flick called ‘Sardar’ the movie grabbed the attention since movie lovers knew that Irumba Thurai(Tamil) Abhimanyudu(Telugu) fame P.S Mithran is directing the film and once the trailer dropped by the makers the expectations got twofold, well, carrying that expectations the film has released today October 21, 2o22 and let’s dive into the review and find out the whether the lives up to the expectations or not. 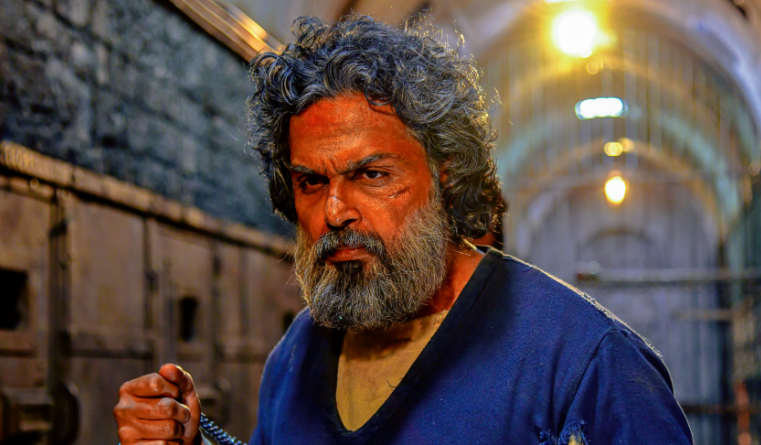 Vijay Prakash(Karthi) is a police officer and also he is attention seeker, he will do anything just to grab the attention and become famous, however, the story takes a different turn when an important file goes missing from Andhra University and that file holds old military secrets, However, CBI and RAW relentlessly looking for it and Vijay Prakash gets to know this situation, because of his attention seeker phobia he decided to find the file before RAW intelligence so that he became trending all over India, in search of file Vijay Praksh knows about his father Sardar and his mission, Finally, How did Vijay Prakash become a part of the mission and what was the mission is rest of the story.

P.S Mithran is one of the finest and most unique filmmakers of Indian Cinema as we all knew how he impressed with his debut film ‘Abhimanyudu'(Telugu) undoubtedly he is the first director in India who brought out the hidden truth of Bank frauds, Digital Frauds, however, he is back to mesmerize again with the film called ‘Sardar’, there no way relate to his debut.

The film is a rooted spy story that has all the elements to connect every section audience, The movie starts off with an interesting sequence that holds the viewer’s attention to watch the entire film, Though the film has a few flaws here and there the non-linear screenplay and engaging scenes make the audience glued to the seat from the start to end. The first half went through with a racy screenplay and the second half’s pace dips for a while when the flashback begins but very soon it gets interesting till the climax.

Despite the few draggy scenes, the film has everything to engage all sections of the audience and the right amount of drama and emotions land so well, especially the action blocks with investigation scenes that make you pull into the world of Sardar and you come out with no regrets.

Karthi has done a dual role of Father and Son and effortlessly he has done both characters, especially should appreciate his multiple get-ups, he shows his mettle in acting and proved why he is the finest actor, Raasi Khanna did well in the Lawyer role with no scope to perform, Malayali actress Rajisha Vijayan has done a phenomenal job as her character has few layers and she portrayed so well and Chunky Pandey is good and rest of the cast did well as per their character requires.

P.S Mithran succeeded in engaging the audience as we can see his brilliance in writing and he successfully transformed onto the screen, the plot itself is quite interesting where how a Spy sacrifices his life for the nation and in the return no one talk about him or his bravery, all these points addressed so well in the film.

Technically, Sardar is top-notch except few VFX scenes, George C Williams’s cinematography is an advantage of the film where he captured the entire film quite well, and the color tones and grading is good, GV Prakash Kumar never disappoints with his music but the Telugu songs didn’t register because of the Tamil flavor but he showed his mark in BGM, he literally elevated a lot of scenes with his BGM and rest of the technical departments did well as per the film requires.

Overall, Sardar is a rooted spy flick that engages all sections of the audience.