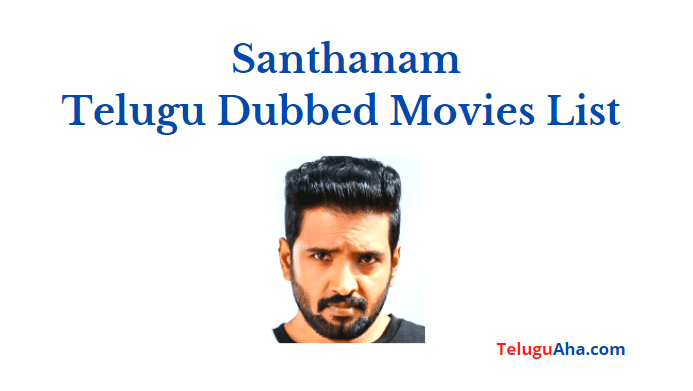 Santhanam is one of the highly successful comedian in India who turned as a Hero now. Besides doing lead roles, he also appears as a comedian in Kollywood big stars films. His roles in Telugu dubbed movies like Nene Ambani, OK OK, Raja Rani, Robo impressed the audience. Most of his Tamil movies dubbed into Telugu and have been super hits here too. If you are searching for Santhanam Telugu Dubbed Movies List, then you should check this complete article.

His recent films Biskoth, Parris Jeyaraj, Dikkilona made good profits at Box office, expecting a Telugu dubbed version on YouTube very soon. Santhanam’s comedy-drama Server Sundaram in which he plays a chef had completed shooting years back also released Telugu trailer has been shelved due to financial problems. If everything sort out, This movie will have simultaneous release in Tamil and Telugu languages. Meanwhile, Santhanam is gearing up for the Tamil remake of Agent Sai Srinivasa Athreya. Below is the list of selected films from Santhanam’s Telugu dubbed movies till 2021.