Samuthirakani Telugu Dubbed Movies List: Tamil actor Samuthirakani is a well known face in Telugu states after the release of Krack (2021). The film success and the Katari Krishna role played by Samuthirakani is popularized. Now he is one of the busiest artists not only in Tamil but also in Telugu movies. His upcoming Telugu movies include RRR and Ayyappanum Koshiyum Telugu Remake. 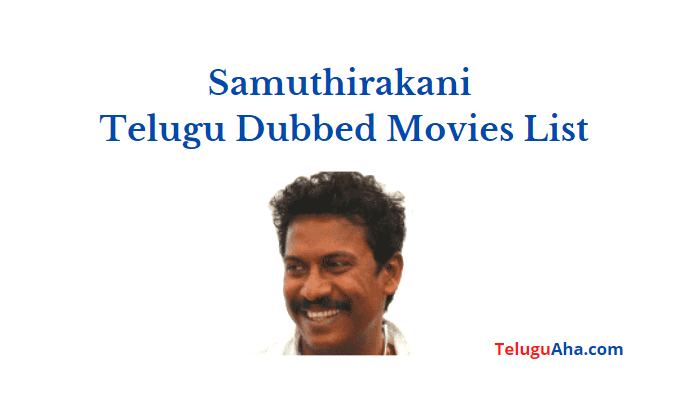 Samuthirakani started his film career as an assistant director and later directed Super Hit Tamil movies with new artists. He also directed couple of Telugu movies that include Shambo Shiva Shambo and Janda Pai Kapiraju. Besides acting, he has an expertise in Film-making and Writing scripts that relates to every common man.

We might have seen many Samuthirakani Telugu dubbed movies, but only few characters are unforgettable. In this section we will see the most popular movies of Samuthirakani as an actor in Tollywood.

Ananthapuram 1980 is the Telugu dubbed version of Tamil Blockbuster film “Subramaniapuram”. The film was directed by Sasikumar starring Samuthirakani in one of the pivot roles.

Though it is a Tamil film, the role played by Samuthirakani is unforgettable. He perfectly did his job as a Middle Class Family father. Also, the Telugu dubbing for the character perfectly matches the Samuthirakani characterization.

Krack (2021) should be considered as the first Blockbuster film for Samuthirakani in Telugu. Tollywood recognized his acting skills and many movies yet to come.

As a director, he did many movies in Tamil. Most of his Tamil movies were dubbed into Telugu and received well. In this section, we will see the best Samuthirakani Telugu movies list in his direction.

Sangharshana (2011) is the Telugu dubbed version of Poraali starring Sasikumar, Allari Naresh, Swati Reddy, Niveda Thomas and others in pivotal roles. This is one of the best films of Samuthirakani.