Sammathame Movie Review: Kiran Abbavaram has Popular with his back-to-back films like Raaja Vaaru Raani Vaaru, SP Kalyana Mandapam, and Sebastian now he came up with a family drama film called Sammathame, the teaser and trailer look promising and fresh as it seems like a regular family drama but makers have stated that they are telling a unique family romance drama that never been told in Indian cinema, well the film has released today June 24, 2022, and it’s been getting a positive response and let’s know whether the film is worth watching or not. 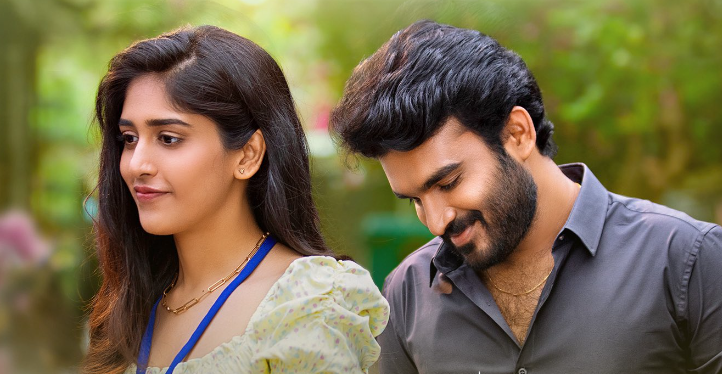 Krishna(Kiran Abbavaram) is a middle-class guy, when he was young his mother passed away he encountered a lot of obstacles as he believes that the house will be good if women look after him and he decide to get married as soon as possible and in the proceedings, he meets Saanvi(Chandini Chowdary) who is the complete opposite to Krishna eventually both fell love but the problem arises in the relationship is Krishna becomes over caring as Saanvi didn’t like, finally, will Krishna get married is the rest of the tale.

Like Sammathame makers have said that they are telling a unique story but you will realize that it is a regular love story within 10 min of the movie started, a middle-class guy meets a girl though she is completely opposite of him and he needs marriage and a girl need love these the template of the movie.

The first half went with some entertaining scenes and their love and later off shifted to emotions, while dealing with emotions you might feel something is missing, and what worked out in the film the climax like Kiran Abbavaram said about the climax during the interview and the climax nicely captured on the screen.

Addressing a unique perspective of relationships should be appreciated but it remains half-baked as it seems the director should write some strong scenes to convey the point.

Kiran Abbavaram as Krishna is good as middle-class characters are not new for him and Krishna’s character seems not so challenging for him as he effortlessly pulled it off, Chandini as Saanvi is just okay her character is also looked flat as we can not see any dimension in her character and rest of the characters are did their part well.

Gopinath Reddy’s point is good and but he partly engages you with his writing and the writing could have been better.

Technically Sammathame is not up to the mark and Sateesh Reddy Masam’s cinematography is just okay, Shekar Chandra’s music is good as it enhanced the movie mood with his background score.

Finally, Sammathame is one watchable and if you love family dramas and romantic films then you should give it a try.