Salute Movie Review: A much-awaited Dulqual Salmaan’s crime thriller finally has released on SonyLive today, March 18, 2022, initial plan was to release it in the theaters due to pandemic it got postponed several times and finally makers have decided on the digital release. and the movie is quite interesting and a well-written story in recent times in Malayalam, and the movie has been dubbed in multiple languages. so let’s see whether this movie is worth watching or not. 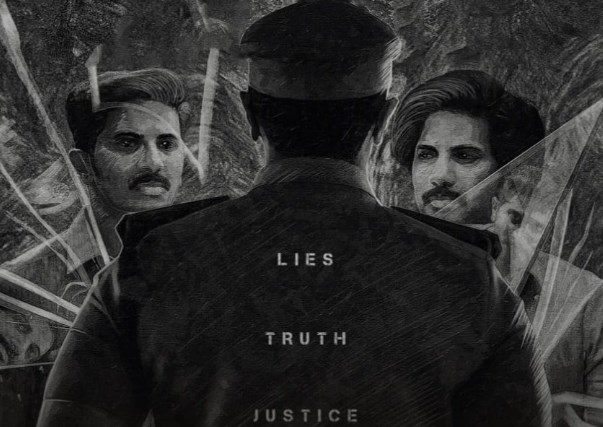 The story walks into Aravind Karunakaran(Dulqar Salmaan) who is a voluntarily retired S.I in Kerala, when he was in on service he investigated a murder case but that case remained an unsolved case, meanwhile other police officers with the political pressure, they bring the new suspect into this case and trying to close the case, however, Aravind Karunakaran got to know about this case and he again starts an investigation with his gathered clues and tries to find the actual suspect. Finally, Aravind Karunakaran loved the case? Why polices are forcible framed an innocent man as a prime suspect is the rest of the story.

Salute is a well-written crime thriller in recent times, the story of the film is very relatable and the film is inspired by true events, though the movie takes time to get into the main plot, meanwhile director takes time to establish protagonist world to connect with the audience and that was a bit drawback for film, otherwise its a worth watching movie.

The screenplay is a bit slow but Dulquer Salmaan made the film interesting with his intense performance, the appreciatable thing is director stuck to the content, he didn’t try to add any unwanted commercial elements and that’s a commendable job done by the director Rosshan Andrrews, and rest of the cast did their part well.

Salute technically brilliant cinematographer Aslam K Purayil succeeded in creating the crime thriller premise and visual he captured very naturally, Jakes Bejoy music is one of the biggest highlights of the film he maintained the thrill and curiosity with his background score.

Salute is a worth watching crime thriller that is available on SonyLiv in all languages.