Sakshi Movie OTT Release Date: Mega brother Nagababu has done a few films in the leading role in the past and later made some character roles that suits him better. From last few years, we vey rarely watch him on big screen. Nagababu is busy with television shows and now coming back with new look in the film titled ‘Sakshi’. 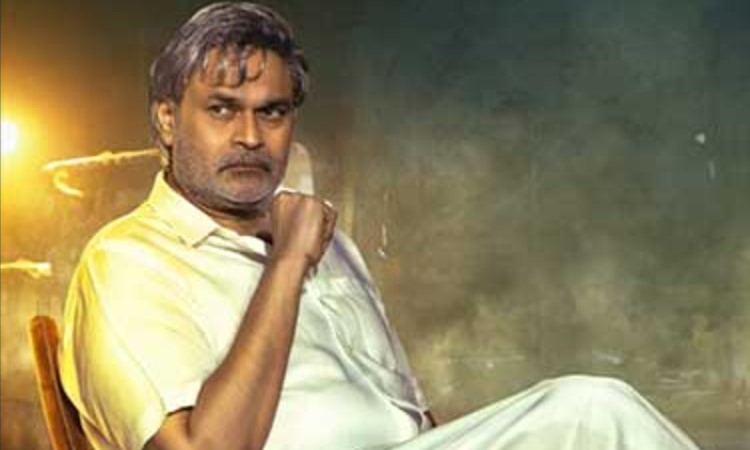 There is no exact information on the story of this movie yet. But as per the sources, this movie is said to be an intense political drama with mega brother Nagababu playing the role of a politician.

Sakshi movie cast includes Nagababu and Sharan Kumar, other cast of the film is not revealed by the team yet. Movie is directed by the debutant director Siva Kesanakurthi and produced by Munagala Sudhakar Reddy on Sri Vennela Creations banner. Music is composed by Bheems Ceciroleo and cinematography is handled by Chaithanya Kandula.

Nagababu who was busy with the comedy show ‘Jabardasth’, later had clashes with the makers and now judging other reality shows from other leading TV channels and choosing characters from the films that better suits him.

Nagababu is seen in Bangarraju and Sarkaru Vari Paata movies that released earlier this year. He is seen in cameo roles that have very less screen presence in these two movies. Now the actor is coming with a full length role that is also said to have some negative shades. Movie shooting is still under progress and movie will release in theatres as soon as the shooting gets wrapped and the post-production work is done. Digital rights of the movie are yet to be revealed.

Konidela Nagendra Babu also produced few films like Stalin, Gudumba Shankar, Orange and few old films that were blockbusters. However, he failed to establish himself as an actor on screen like Megastar Chiranjeevi and Powerstar Pawan Kalyan. Sakshi is movie in which Nagababu is playing an important role and movie makers are yet confirm the cast of the film. Theatre release and OTT release dates of this film will be announced very soon.

Sakshi movie team haven’t released the teaser or trailer of this film yet. We will update the teaser/trailer once it is released officially.

When is Sakshi OTT Release Date and Time?

Not Declared, Sakshi movie OTT release date is not announced yet.

Where can we watch Sakshi?/ Where Can I see Sakshi?

Theater, Sakshi movie will be released very soon, probably by the end of 2022.

Not Declared, Sakshi movie digital rights are not declared.

Is Sakshi hit or flop?

Not Declared, Sakshi movie has not been released so we can not say Hit or Flop

Is Sakshi Movie available on Netflix?

Is Sakshi available on Prime Video?

Is Sakshi available on Aha Video?

Is Sakshi Movie available on Hotstar?

Sakshi movie is going to be an engaging political drama and this movie will be a comeback for Konidela Nagendra Babu as an actor.