Saindhav movie OTT Release Date, OTT platform, Cast, Time, Trailer, and many more details can be checked in this article. Saindhav is expected to hit the screens on September 10, 2023. The four pillars of the Telugu Film Industry are Chiranjeevi, Nagarjuna, Venkatesh, and Balakrishna, without considering their age all the actors have been doing back-to-back films as recently Chiranjeevi basked the blockbuster with Waltair Veerayya and Balakrishna basked the success with the film called Veera Simha Reddy, Nagarjuna failed this time with The Ghost and Venkatesh basked the two blockbusters called Drishyam 2 and F3: Fun and  Frustration is now geared up for his 75th film called ‘Saindhav’ helmed by Sailesh Kolanu. 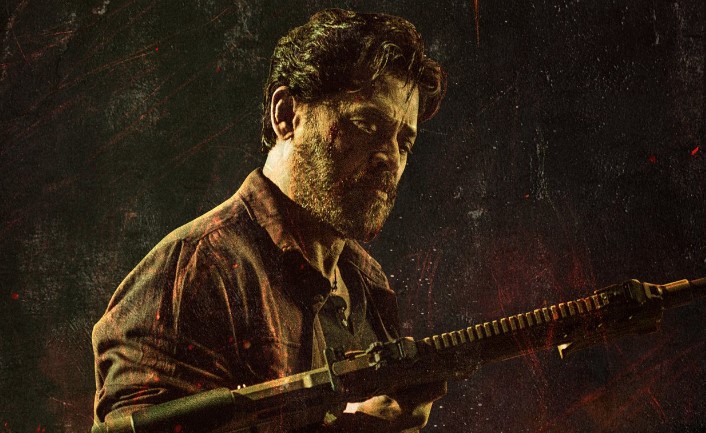 Saindhav’s first glimpse has been dropped by the makers officially on YouTube and Venkatesh is looking intense in the glimpse, Saindhav is touted to be an action drama and the film’s regular shoot will commence very soon makers are planning to release the film by the end of this year. After F3: Fun and Frustration everyone is eagerly waiting for his iconic 75th film, initially, there was a rumor spread that Trivikram is going to direct him and a few other names were on the headlines but none of the rumors materialized,   Venkatesh has also listened to many scripts after F3 and finally he signed Sailesh Kolanu film who rose to fame with HIT Franchise.

Saindhav is going to be a high-octane action dram and this film will be remembered as the most action film ever made in Venkatesh’s career. However, the films title and first glimpse were unveiled by Venkatesh through his social media handle, and said this will be a very special film for him, s he is currently on a spiritual tour and the regular shoot will be commenced in February first week and once Venkatesh finishes his spiritual tour he will join the sets of Saindhav.

Though Saindhav looks like a high-action drama, it has the mark of Sailesh Kolanu as he was basically a doctor and we can see in the glimpse where Venkatesh carries an ice-contained box and there is a drug inside the box. Despite this fact, I’m sure this film is going to be the perfect 75th film for Venkatesh. Saindhhav will be shot in Telugu and will be dubbed in all south Indian languages like Telugu, Tamil, Hindi, Malayalam, and  Kannada.

Saindhav ott release date is tentatively 10, December 2023 but the Digital rights details haven’t anounced yet. Venkatesh has been doing pretty well with his movies, he is known for Family drama films, amid doing family films he did films like Guru and Naarappa which we saw a new Venkatesh. Venkatesh was last seen in F3: Fun and Frustration and he did a cameo in Vishwak Sen’s Ori Devudo, now after a long gap he is coming up with a rugged look in Saindhava. Apart from Saindhava, he is been a part of Salman Khan’s Kisi Ka  Bhai Kisi ka Jaan.

Though Venkatesh has a family man image, there is a separate fanbase for his action films especially Gharshana, after a long gap he will be seen in a serious role in Saindhava, however, talking about Saindhava digital rights, as of now there is no information about who acquired the rights and I think its too early to anounce all the details as the film is expected to hit the screens by end of this year and we can expect all the details to be revealed after the theatrical release until then stay tuned with us.

Sailesh Kolanu was impressed with his debut film called HIT: The First Case and recently he basked in success with HIT: The Second Case, and he anounced a HITverse as well meanwhile he announced Saindhava. He took his social media handle and said this is going to be the best and he told the plot and find out.

Musical sensation Santhosh Narayan will be composing the music as he is been few Telugu films like Project K starring Prabhas and nani’s Dasara and now Saindhava, he gave a brilliant background score for Saindhava glimpse. However, talking to Saindhava  OTT release date as of there is no information about the OTT release date as its too early to anounce all the details, however, the film is expected to hit the screens in December 2023 and we can expect the OTT availability after 6 weeks of the theatrical run until then stay tuned with us.

Saindhava makers haven’t announced what the story but as we go by the glimpse the film is touted to be an action drama and it has a medical mafia touch.

Venkatesh plays the lead role and the rest of the cast will be anounced soon, while Manikandan is the cinematographer, Santhosh Narayan is the music composer, editing will taking care of by Garry BH, and the film Produced by Venky Boyanapalli the banner of Niharika Entertainments.

Saindhav makers haven’t dropped the trailer yet and we can expect the trailer to be dropped very soon, meanwhile they have dropped a glimpse of the film and you can watch it below.

When is Saindhav OTT Release Date and Time?

Not Declared, Saindhav movie makers have not yet announced.

Where can we watch Saindhav?/ Where Can I see Saindhav?

Not Declared, Saindhav movie makers have not divulged yet.

Is Saindhav hit or flop?

Not Declared, Saindhav movie has not been released so we can not say Hit or Flop

Is Saindhav Movie available on Netflix?

Is Saindhav available on Prime Video?

Is Saindhav available on Aha Video?

Is Saindhav Movie available on Hotstar?

Saindhav is billed as a high-octane action drama that is expected to hit the screens by the end of this year.