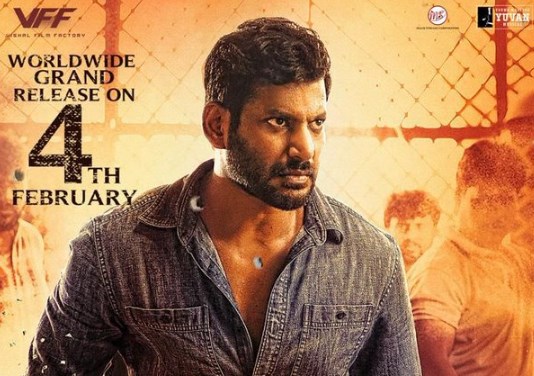 Saamanyudu is telugu dub of Tamil film Veeramae Vaagai Soodum Starring Vishal and Dimple Hayathi in the main lead role. It released in both languages at a time. Actor Vishal himself bankrolled it under his own banners Vishal Film Factory. Yuvan Shankar Raja Composed music while Cinematography was done by Kavin Raj and Editing by NB Srikanth. Yogi Babu, Baburaj, G Marimuthu plays main supporting roles.

Coming to the story.. Vishal is an Aspiring Police officer and Dimple Hayathi is his love interest. Yogi Babu is Vishal’s friend and requests him not to join Police Department. Storyrevolves around a Murder case which is mystery to even police officers. Vishal want’s to solve that case. How he unearths mysteries in that murder is going to be main part of the movie.