Saakini Daakini Movie OTT Release Date: The official remake of the Korean superhit film “Midnight Runners” is titled as “Saakini Daakini” in Telugu and movie casts Nivetha Thomas & Regina Cassandra in the leading roles. Makers have earlier announced that movie will have a direct digital release and as per the latest update movie team have opted for a theatrical release and t wil hit the screens on September 16, 2022. 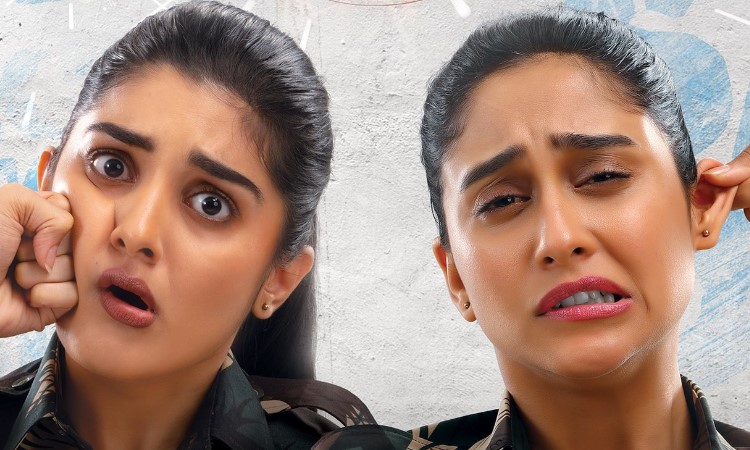 The action comedy drama Saakini Daakini. This story follows two friends who, after witnessing a kidnapping and deciding to do something about it, find themselves in a never-ending race against time at the National Police Academy.

Saakini Daakini movie opted for a direct OTT release and movie team also made an announcement confirming the same that movie will be available for streaming on Netflix OTT. Now makers have changed their decision and opting for a theatrical release on September 16, 2022. Movie will be premiered on OTT only after the successful theatrical run and digital rights might be acquired by other OTT platforms as well.

Nivetha Thomas took a long gap from Telugu films and this actress is last seen in Vakeel Saab in a prominent role. Regina is appearing in few movies and web series released on OTT platforms. This official remake of the Korean film is getting back these two actresses on screen. Movie will release in theatres on September 16, 2022 and then makers will announce the OTT release date of the movie.

When is Saakini Daakini OTT Release Date and Time?

Theatres, Saakini Daakini movie will hit the screens from September 16, 2022.

Not declared, Saakini Daakini movie team are yet to confirm the details of OTT.

Is Saakini Daakini hit or flop?

Not Declared, Saakini Daakini movie has not been released so we can not say Hit or Flop

Watch out for the intriguing criminal comedy Saakini Daakini this September. The crime thriller genre is something that Sudheer Varma excels at.