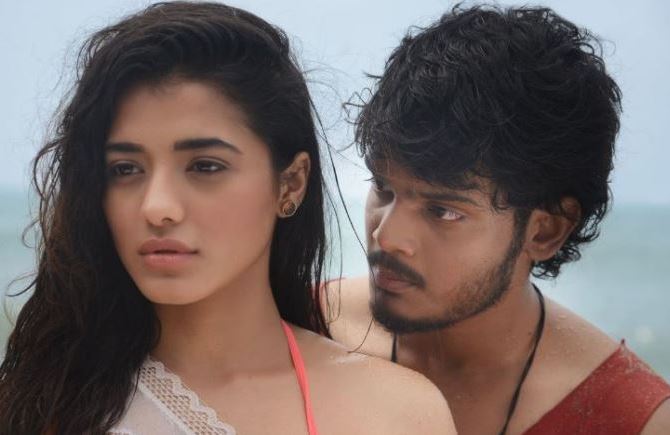 Romantic is touted to be an intense romantic entertainer. Sunil Kashyap scores music for the film, while Naresh handles the cinematography. The film also starring Ramya Krishna in an important role besides Puri Akash & Ketika Sharma.

It has been a long time since Puri Jagannath’s son Akash Puri was introduced as a hero in Mehbooba. Puri Jagannath is preparing the story, screenplay and dialogues for this movie. Through this film, his disciple Anil Paduri is getting acquainted with the director. Debut actress Ketika Sharma plays as the heroine. The film is being co-produced by Puri Jagannath and Charmi Kaur on Puri Jagannath Touring Talkies and Puri Connects banners after the blockbuster movie ‘Ismart Shankar’. Ramyakrishnan is playing a key role in this romantic entertainer. Sunil Kashyap is composing the music and Naresh is working as the cinematographer.

Meanwhile, some speculations have been circulating in the film circles that the romantic movie will be released on OTT. The first copy of the film has already been released and will be released on OTT soon. Also, It has been rumored in the past that the movie is coming on Amazon Prime Video but the latest reports suggests that the movie is coming on Netflix. A clarity on this matter is likely to come soon.

The film was expected to have a Digital release on OTT very soon. As always, we will keep you updated on the future of Romantic and the official release date for the movie if anything changes.