Resound Movie OTT Release Date: Resound Movie Starring Sai Raam Shankar in the Main lead role and Raashi Singh as the female lead is soo going to hit big screens. SS Murali Krishna is giving his debut as a Director. “After Bumper offer” movie Sai Raam didn’t get any hit further, Now it seems that he’ll come back good with this movie. 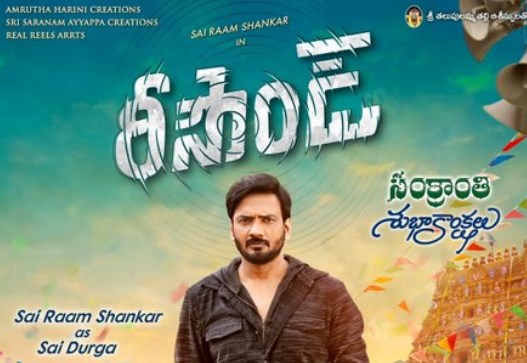 Resound Movie is Completely and Action Drama Movie. Story details wasn’t revealed by the writers as of now. Sai Raam Shankar can be seen having Beedi with a mass look sitting on a chair.

Resound Movie’s Release dates and Satellite dates aren’t announced officially by the film makers. First look was released on 13th September 2021 on the occasion of Actor Sai Raam shankar’s Birthday. Shooting was began in December 2019, since then shooting got suspended and Postproduction getting Postponed because of Pandemic restrictions.

Resound Movie would be a Good Comeback for Sai Raam Shankar as He didn’t gave any Hit after “Bumper offer” (2009) Movie. Movie may release by the end of this year 2021. OTT Release can be expected in 2022.