Repeat Telugu Movie Review: Talented actor Naveen Chandra is only seen in some important roles when it comes to some big star movies, however, he managed to gain some craze with his performance in those films. He managed to grab some main lead roles in the films and web series that had a direct digital release and one such latest release is the movie titled ‘Repeat’, which is available for streaming on the Disney+Hotstar OTT platform from August 25. Let’s get into the review of this movie and know if this movie is worth watching or not. 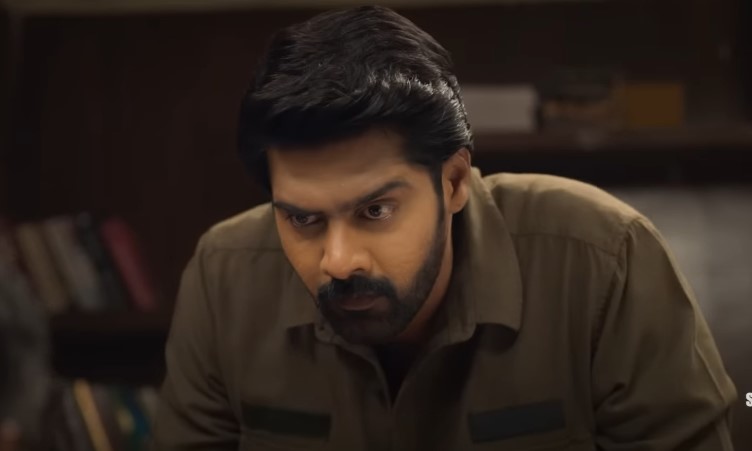 A novel writer files a complaint in the police station that some people are threating him on phone, as the novel he has written depicted the criminal from the crimes that took place in the city a few months earlier. But police thinks he is drunk and ignores him. Next day, a girl goes missing and it happens exactly as written by the same writer. As the missing girl is daughter of DGP, a under cover cop is appointed to solve this case. Rest of the story deals with the situations and the twists that are revealed in process of this investigation.

Movie takes some time to establish the main characters from the film and makes us believe the situations that are taking place and first few scenes in the movie are well designed and grabs our attention with some good narration. After Naveen Chandra enters the story as under cover investigation officer, scenes look routine and predictable at times and the backstory of DGP in the process of investigation clearly gives the idea of what could have happened and what could happen next, but movie is intriguing as the screenplay and narration keeps your mind occupied.

While it comes to performances, Naveen Chandra looks good in the role of an investigation officer and gave a fine performance as required for the character. Yesteryear actress Madhoo Shah (Madhubala) is a complete misfit for the DGP role, her performance looks over the top in most of the scenes. Achyuth Kumar as the writer is convincing in his role and all other actors did their part as required for the proceeding of the movie plot.

Technically movie looks okay. Background music composed by Ghibran brings the feel required for the scenes. PG Muthaiah cinematography looks okay, most of the scenes in the movie had a static shot and all the shots are nothing special and cannot be ignored, as the lighting used creates the mood required for the thriller. Production values are okay.

Director Aravindh Srinivasan did a good job in creating the interest with first few scenes and struggled with few scenes in the later half of the movie.

Overall, Repeat is an interesting thriller to watch. It engaging premise will keep you hooked till the end.