Rang De Movie ZEE Telugu Release Date: Rang De World Television Premiere has been finalized in ZEE Telugu satellite TV channel this June 2021. We all know Rang De is the latest Telugu movie which was a decent hit at Box Office. Now Telugu people are going to witness this film in ZEE Telugu on 20th June, 2021. 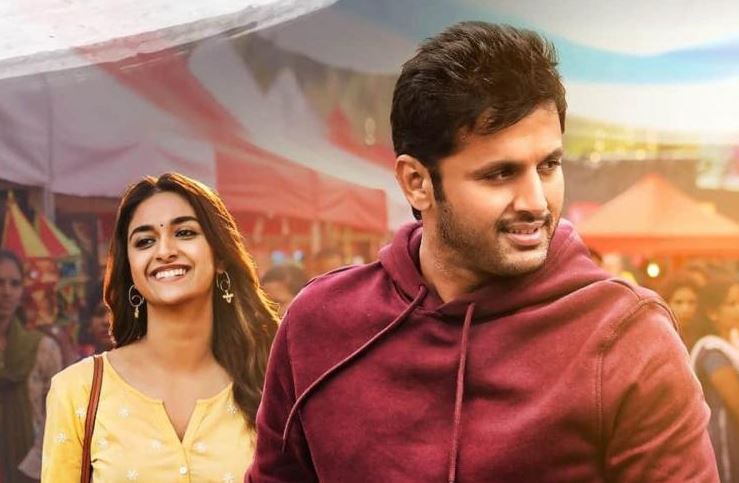 The movie is directed by Venky Atulri the project is bankrolled by Sithara Entertainment and has music by Devi Sri Prasad. Apart from featuring Keerthy Suresh and Nithiin in the lead, Rang De also stars actors Sai Kumar, Naresh, Kausalya, Rohini, Brahmaji, Vennela Kishore and Vineeth among others. Veteran cinematographer PC Sreeram is the DOP of this film, while Naveen Nooli is on board as the editor for the venture.

Following its theatrical release in March, the Tollywood romantic drama Rang De is now streaming on OTT platform Zee5 since Saturday, June 12. The project Helmed by Tholiprema fame Venky Atluri, Rang De features actors Keerthy Suresh and Nithiin in the lead roles. Rang De released in theatres on March 26 this year, and opened to mixed reviews from fans and critics.

The chemistry between Nithiin and Keerthy Suresh seems to be the main highlight of the film.  Apart from starring Keerthy Suresh and Nithiin in the lead, it also features actors Sai Kumar, Naresh, Kausalya, Rohini, Brahmaji, Vennela Kishore and Vineeth among others. PC Sreeram was roped in as the cinematographer, while Naveen Nooli took care of the editing for the venture.

The movie will have World Television premiers on ZEE Telugu TV channel on 20th June, 2021, Sunday at 5:30 PM.