Ram Gopal Varma Wiki and Biography: Ram Gopal Varma is an Indian film director, writer, and producer who has worked in Hindi, Kannada, and other languages. He has also made movies and TV shows. Varma’s work as a director of films in different styles, such as parallel cinema and docudrama, is praised for its grim realism, technical skill, and creativity. 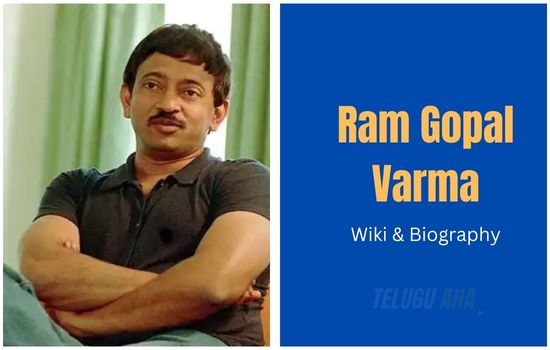 Varma was one of the first people to make Indian new-age films. His political crime drama Shool won the National Film Award. He was in the 2004 episode of BBC World called “Bollywood Bosses,” which was about movie stars. In 2006, Grady Hendrix of Film Comment, a magazine published by the Film Society of Lincoln Center, called Varma “Bombay’s Most Successful Maverick” for his work in experimental cinema.

On April 7, 1962, Ram Gopal Varma was born in the Indian city of Hyderabad. Siva has made and directed movies in both Telugu and Bollywood, like Siva, Satya, and Company. Danny Boyle, who directed the movie Slumdog Millionaire, which won an Oscar, said that his previous films, Company and D, gave him ideas. He worked as an engineer in Hyderabad for a short time before deciding to go into Bollywood.

The Indian Criminal Trio and the Indian Political Series are two of Ram Gopal Varma’s most well-known works. The famous critic Rajeev Masand called them “the most convincing films of Bollywood cinema.” CNN-IBN also put the first movie in this series, Satya, on their list of the top 100 Indian movies.

Varma’s most recent works include the re-telling of “Rayalaseema factionism” in Rakta Charitra, “Operation Cocoon” in Killing Veerappan, “2008 Mumbai attacks” in Attacks of 26/11, and “Vijayawada riots” in Vangaveeti.

Ram Gopal Varma, a former civil engineer, made his film debut in Telugu with the groundbreaking crime thriller Siva, which was nominated for an award at the 13th International Film Festival. Varma won the Filmfare Award for Best Telugu Film and the State Nandi Award for Best Film Direction in the future. CNN-IBN then put the movie on a list of the 100 best Indian movies of all time.