Rakshasudu 2 Movie OTT Release Date: Rakshasudu was a big hit in Tamil and after that filmmaker, Ramesh Varma remade it in Telugu starring Bellam Konda Sai Srinivas and Anupama Parameswaran as the main leads which was a big hit in 2019. 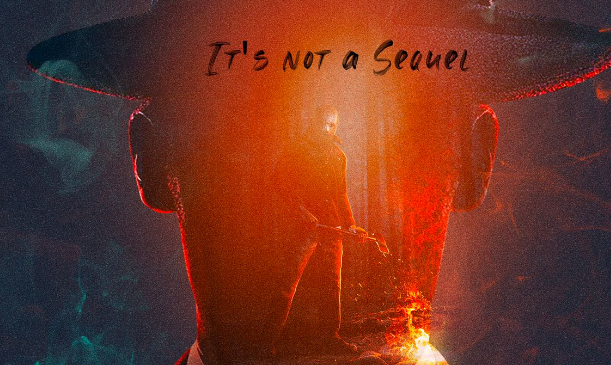 now Ramesh Varma is geared up for Rakshasudu part 2, on the occasion of his birthday the makers have released the poster and it looks intriguing, However, makers have said that Rakshasudu 2 is not a sequel as the film has a fresh story and cast but the core plot remains same, despite the fact that very soon the films regular shoot will start, stay tuned to know more interesting things about the film.

In Rakshasudu 2, a psychopath will be at the center of the narrative, along with the violence he unleashes and if we observe the poster it is going to be more intense than Rakshasudu part 1.

Havish is playing the lead role and the rest of the cast is yet to be announced the film is helmed by Ramesh Varma, while the music is going to be composed by Ghibran, and the film is produced by Satyanarayana Koneru under the banner of Havish Productions.

Raksasudu 2 is a much-awaited film, since the first part was released a lot of people have been waiting for part 2 and now the second part is all set to scare you more.

Ramesh Varma who came up with Raviteja’s Khiladi, which wasn’t fared well at the Box Office now complete focus on Rakshasusu 2, However, makers have divulged that very they will going to kick start the shoot and will get some interesting updates in the coming days, well to talk about the Rakshasudu 2 digital rights, I think its too early to talk about digital rights as we can get all the details after the film got released in the theaters, till then stay tuned with us.

Ever since the first part was released a lot of people have been waiting for the second part and this time maker seems super confident about the filmmakers have stated that Rakshasudu 2 is much scarier than the first, However, as of now, there is no information about the OTT release date as we can expect the OTT release date after the film got released, till than stay tuned with us, once we get the official confirmation we will update.

Rakshasudu 2 trailer has not been released by the makers.

When is Rakshasudu 2 OTT Release Date and Time?

Not Declared, Rakshasudu 2 movie makers have not yet announced.

Not Declared, Rakshasudu 2 movie makers have not divulged yet.

Is Rakshasudu 2 hit or flop?

Not Declared, Rakshasudu 2 movie has not been released so we can not say Hit or Flop

Is Rakshasudu 2 Movie available on Netflix?

Is Rakshasudu 2 available on Prime Video?

Is Rakshasudu 2 available on Aha Video?

Is Rakshasudu 2 Movie available on Hotstar?

Rakshasudu 2 is going to be one of the best intense thrillers in TFI as the film’s details will be updated keep visiting our website.