Raju Yadav OTT Release Date: ETV’s one of the most popular comedy shows is ‘Jabardast’ it has given life to so many aspiring artists and now they are in a good position in their careers. The person who got an immense craze with this show is Getup Srinu and he is been associated with Jabardast for about 9 years interestingly he is been called the Television industry Kamal Hasan. 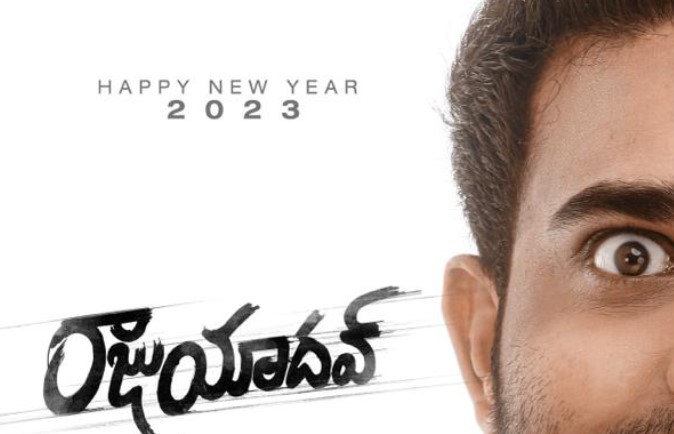 Getup Srinu is now getting into a new phase in his career as a lead hero and he is going to make his debut as a lead actor with the film called ‘ Raju Yadav’ directed by debutant ‘Krishmachary’ and the film is produced by Prashanth Reddy. However, the film is expected to hit the screens in Midway 2023 stay tuned with us to know more interesting information about the film.

Getup Srinu plays the lead role in the film and Ankita Karath plays the female lead, and there are other actors including the film that Anand Chakrapani, Rupalakshmi, Unnathi, Uttara Prashanth, Pawan Ramesh, Santhosh Raj the film is directed by Krishnamachari.

Talking about the crew, the film’s cinematography has done by Sairam Uday, Music is composed by Hrshawardan Rameshwaram, and Bonthela Nageshwar Reddy, and the film is Produced by Prashanth Reddy.

Getup Srinu has been doing pretty well with the show as well as movies as he was last seen in Chiranjeevi’s Godfather movie. Apart from Raju Yadav Getup Srinu has signed a few untiled films as lead hero and he seems super confident about Raju Yadav during the launch.

Director Krishnamachari has said that the lead character has so many layers and he thought Getup Srinu would be perfect for the role. I’m sure he will kill it with his performance, however, talking about Raju Yadav’s digital rights, the film is expected to hit the screens in mid-2023 and we can expect all the details after the theatrical release until then, stay connected with us.

Ankita Karath was seen in Rajendra Prasad’s Climax and this Raju Yadav marks her second film, she expressed her excitement during the launch of the film. Krishnamachari was the associate director for Venu Udugula, he worked as a chief associate director with films like Needi Naadhi Oke Katha and Rana Daggubati’s Virata Parvam.

He did a screenwriting course at IIT Madras and worked as an assistant director for a Spanish film called ‘Wincent Ferar’. Krishnamachari seems super confident about Raju Yadav and he said the film is very rooted and tries to avoid commercial making and making very organically. Arjun Reddy fame Harshwardan Rameshwaram is scoring the music and expecting some chartbuster songs and a brilliant background score.

Talking about the Raju Yadav OTT release date, as of now makers haven’t anounced yet and after the theatrical release, we get to know the details of the OTT release date. until then stay tuned with us.

When is Yadav OTT Release Date and Time?

Not declared, Yadav makers are yet to announce the OTT release date of this movie.

OTT, Raju Yadav will be available for streaming on the leading OTT platform very soon. The official release date is awaited.

Is Raju Yadav hit or flop?

Not Declared, Raju Yadav has not been released so we can not say Hit or Flop

No, Raju Yadav is not available on the Aha Video OTT platform.

Raju Yadav is billed as a drama film that is expected to hit the screens in mid-2023. The movie is being made in the Pseudo realism genre which is going to be a different treatment for the movie and Getup Srinu is going to take this movie as a challenge to make the best.