Rajamouli Wiki and Biography: Koduri Srisaila Sri Rajamouli, who also goes by the pen name S.S. Rajamouli, is best known for his work in the Telugu film industry. His works of high fantasy and historical fiction are well-known. He is the most well-known and successful director in India right now. Rajamouli has won three National Film Awards, four Filmfare South Awards, five Stati Nandi Awards, two SIIMA Awards, and many other awards. 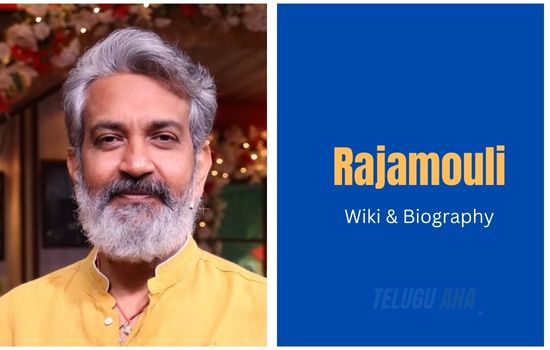 On October 10, 1973, S.S. Rajamouli was born in Raichur, Karnataka. His father is K.V. Vijayendra Prasad, and his mother is Late Raja Nandini. His family is from the city of Kovur in Andhra Pradesh. He went to elementary school in Kovvur and went to college in Eluru. His cousin M.M. Keeravani is a composer. Both M.M.Srilekha and Kalyani Malik, who are both musicians, are also composers. His brother, S.S. Kanchi, is also an actor.

Rajamouli was born in the Amareshwara Camp in the Raichur District, which is close to Manvi. His father is K.V. Vijayendra Prasad, and his mother is Raja Nandini. At Eluru, he went to school from kindergarten through high school. He lived in Vizag for a long time. His cousin M.M. Keeravani wrote the music for all of Rajamouli’s movies. S.S. Kanchi, who acts, writes scripts, and directs movies, is his brother.

His first movie as a director was called “Student No. 1.” After a two-year break, his second movie, Simhadri, came out. His third movie, Sye, was a first for Tollywood. It was based on a rugby game. Chatrapati was the next project.

Vikramarkudu was translated into Tamil (Siruthai), Hindi (Vikramarkudu), and Kannada (Vikramarkudu), just to name a few Indian languages. It was a huge hit at the box office in 2006. (Rowdy Rathore).

The next movie he made, Yamadonga, was well-received. Magadheera, directed by Rajamouli, made the most money of any Telugu movie when it was over. A lot of awards were given to the movie, including the National National Film Award for Best Choreography.