Net OTT Release Date: Net is an upcoming Telugu Thriller which is directed by Bhargav Macharla and produced by Rahul Tamada and Sai Deep Reddy. The Movie is Edited by Ravi Teja Girijala and the movie is releasing directly on the OTT Platform instead of theatres. The Release Date of the movie is 10th September 2021. The Movie is filled with some wonderful talented actors and recently the teaser of the movie has been released and it looks absolutely great. 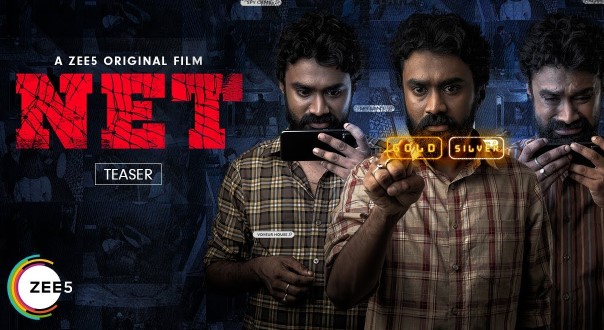 The Plot revolves around something complex and interesting. Laxman, The Role played by Rahul Ramakrishna is a married man and he has registered with an online surveillance agency and his duty is to watch Priya who is an young girl. He is watching her through hidden cameras which are kept everywhere in her house. But soon things turn around, and Laxman lands in a complex situation. How does he get out of that situation? That is the rest of the movie.

In this movie we are going to see Rahul Ramakrishna, Avika Gor, Praneeta Patnaik, Vishwadev, Vishnu, Amulya and many others

As mentioned above, The Digital Rights of the movie have been brought by Zee 5 App. The company are also interested in getting the Satellite Rights itself. The Release date is 10th September 2021. The Movie seems quite thrilling and interesting as well. So we can expect good viewership on the release date as well.

This Movie Net seems quite interesting and unique as well and it will be releasing directly on the Zee 5 App on September 10th, 2021. Once we get all the details we will get the first news to you.