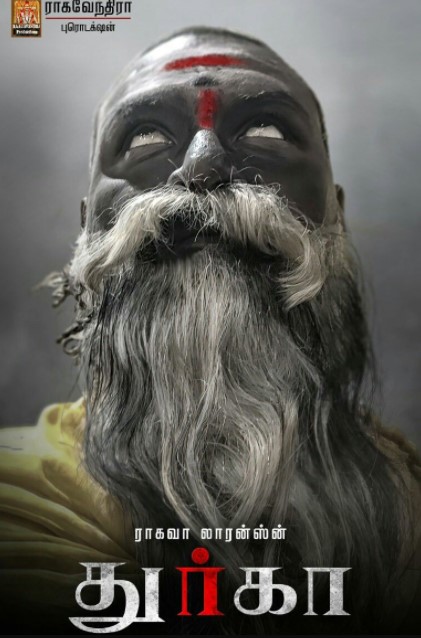 On 6th August Rahaghava Lawrence has released First Look Poster through his Twitter account. By first look its seems to be the part of muni series. In poster lawrence was seen as “ An old man with beared, looks up by rolling his black eye ball up, the look is so terrific.

Since Past some years Lawrence himself is producing his films like Muni horror series, Kanchana and others. From 2007 “Muni” he has made 4 Horror movies consequently. This “Durga” Movie also will be a Horror film, there is no doubt about it.

Cast Crew details of Durga movie wasn’t given by lawrence. Soon these details may be announced within some days. As per the official information, Raghava lawrence himself is producing his upcoming Durga movie along with Playing lead role in It.

Raghava Lawrence will be seen next in ‘Rudhran’. Popular producer Kathiresan is making his debut as a director with ‘Rudhran’, and the film’s music will be scored by GV Prakash Kumar.

At Present Durga Movie may not gone on floors in full Scale and that is why Lawrence hadn’t given any details about casting and Crew members. If every thing goes well without any further pandemic lockdowns and restrictions the “Durga” Movie may release in first quarter of 2022.