Radhika Apte Upcoming Movies: Radhika Apte is renowned for being courageous both on and off the screen. She made a number of contentious claims that caught the media’s attention. Although Hindi directors frequently place actresses in glamorous parts, Radhika Apte is one of these actresses who starred in movies that focused on performance. Her most recent appearance was in the official version of the Malayalam film “Forensic,” which had its world debut on the Zee5 platform. 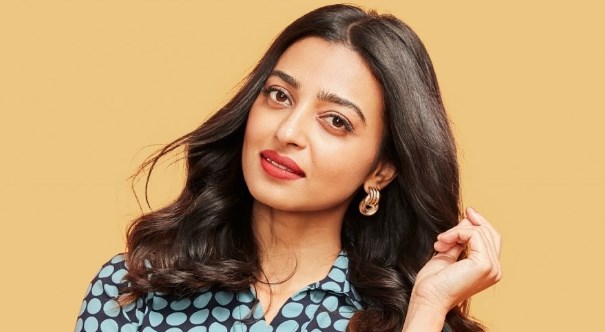 Apte began her career as a performer in the theatre, where she made appearances in several Marathi productions. She has performed frequently with the Mohit Takalkar-founded Aasakta Kalamanch theatre company, sharing the stage with Rehan Engineer in plays including Tu, Purnaviram, Matra Ratra, and That Time by Samuel Beckett. She considers stage acting to be her main career and feels at home in the experimental theatre genre.

Radhika Apte continues to perform in movies after making her acting debut in Vaah! Life Ho Toh Aisi, a 2005 Mahesh Manjrekar film costarring Shahid Kapoor & Amrita Rao. She then started a career in Bengali film, making her acting debut as a journalist in Aniruddha Roy Chowdhary’s Antaheen opposite Aparna Sen, Sharmila Tagore, and Rahul Bose. She then went on to star in movies including Rakta Charitra, The Endless Wait, and The Waiting Room. In 2011, Apte appears in the Ekta Kapoor-directed films I AM and Shor In The City. Both compilations received favourable evaluations from reviewers. Apte is well recognized for his parts in both long and short films, including Ahalya, a Bengali short film by Sujoy Ghosh, Vakratunda Swaha, That Day After Everyday, and Darmiyan.

Well, in this article, we’ll talk about the list of Radhika Apte’s future films. Scroll down to see the list.

This September 30, Vikram Vedha, the newest film from Radhika Apte, will be released in theatres. Bollywood anticipates a huge reception for this movie since Hrithik will play a popular character that will appeal to people all around the country. Then, alongside Rajkummar Rao, Radhika Apte will have a direct OTT release of the film “Monica, O My Darling” on the Netflix platform.