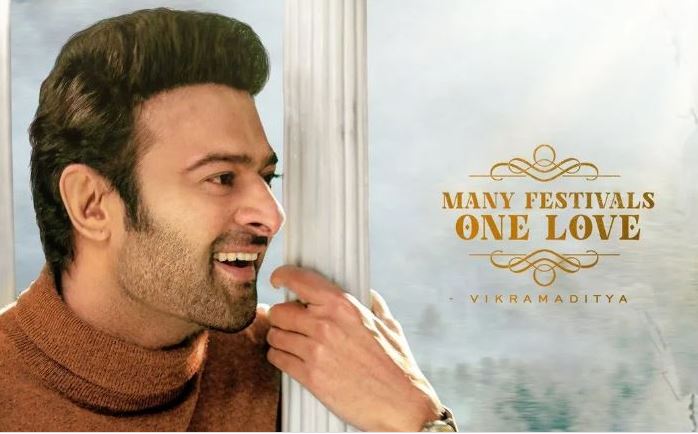 Radhe Shyam will be a multi-lingual film and is set to release on July 30, 2021. The film is produced by Vamsi and Pramod and also has an ensemble cast of Bhagyashree, Murli Sharma, Sachin Khedekar, Priyadarshi, Sasha Chettri, Kunaal Roy Kapur and Sathyan. The cinematography was done by Manoj Paramahamsa, art direction by Ravinder and sound design by Resul Pokutty. Edited by Kotagiri Venkateswara Rao, the film is produced by T-Series and UV Creations, and presented by Krishnam Raju.

Touted to be a romantic-drama film, ‘Radhe Shyam’ stars Prabhas and Pooja Hegde in the lead and is set to release on July 30, 2021. The movie is set in Rome and has been shot in picturesque locations of Italy and Rome. Recently, on Valentine’s Day, the makers had released a motion poster of the movie, with glimpses from the film. The video opens in Italy where the film was predominantly shot. With melodious background music scored by composer Justin Prabhakaran playing, we see Prabhas trying to woo Pooja Hedge and saying a couple of lines in Italian. The scene appears to be set in a train station in early 20th century Europe.

Whats is the Movie About?

Directed by Radhe Krishna Kumar, the multilingual film stars Pooja Hegde and Prabhas in the lead roles. The romantic saga is likely to explore the concept of reincarnation. Prabhas will be appearing in a romantic role after almost a decade. Vamsi, Pramod, and Praseedha are bankrolling the project under UV Creations and Gopikrishna Movies banners in association with T-Series.

Radhe Shyam has been in the making for the past four years. Two corona-induced lockdowns impacted the shooting of the movie. At a time when many Telugu biggies are rescheduling release dates, the makers of Prabhas’s Radhe Shyam are planning to stick to July 30th release, as they had announced a few months ago. There is still just a small portion of Radhe Shyam left to be shot and the unit is confident about wrapping it up in a single schedule. The industry buzz is that the release date for Radhe Shyam will be soon finalised by production house T-Series.

Radhe Shyam satellite & Digital rights for all languages bagged by ZEE Network except Hindi version, which is with Netflix OTT platform. Stay tuned for latest updates.