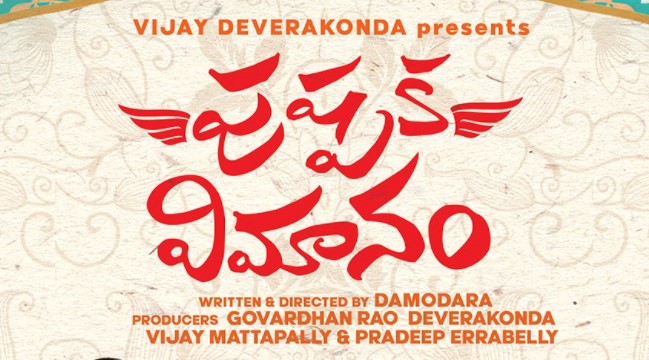 Anand Deverakonda Plays the role of Government Teacher in this movie. He belongs to a Middle class family and in search of match to get Married. What are all the things that happen during in the course of this marriage is going to be interesting and Funny part of the movie.

Anand Devarakonda is the Brother of Actor Vijay Devarakonda. He gave his Debut with Dorasani (2019 and later Middle Class Melodies. This is his 3rd Movie. Ram Miriyala, Sidharth Sadasivuni and Amit Dasani Jointly Composing Music.

Pushpaka Vimanam is all set to hit Big Screens on 12th November 2021. OTT rights and OTT Release dates aren’t announced by the movie makers as of Now. Pushpaka Vimanam Lyrical song “Kalayanam” sung by Sid Sriram has been getting millions of views on You tube.