Prince Telugu Movie Review: Sivakarthikeyan previous movies ‘Doctor’ & ‘College Don’ released in Telugu without any expectations but became blockbusters that fetched profits to the producers and distributors. After this successful movies, he joined hands with Telugu director Anudeep of ‘Jaathiratnalu’ fame. Sivekarthikeyan played lead role in the movie ‘Prince’ directed by Anudeep that released in theatres today. Let’s get into the detailed review of this movie to know, if the comedy timing of Sivakarthikeya match with the comedy scenes written by Anudeep and to know if this duo have created the laugh riot in the theatres. 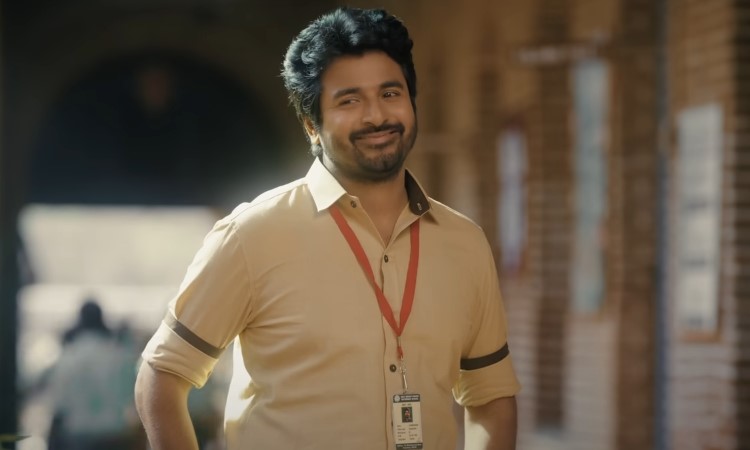 Anand is a teacher at a local school. He falls in love with a young British woman Jessica who works at the same school as an English teacher. He tries to win her over, which causes problems that come crashing down on them as they face the biggest battle of their lives: deciding whether or not to get married. Rest of the story is all about the struggles Anand has to face to get his love.

Prince is a movie that should be watched with zero logics and with zero expectations. This movie neither has a strong story nor a conflict point that could connect with the audience in any way. Most of the scenes are filled with humor, but that alone won’t work in theatres, as audiences get exhausted with similar one liners from the start of the movie. Few love scenes in the first half were well written and executed with some fun added to it, but the conflict created regarding the love story and the scenes that follow later look very silly that makes you scratch your heads. With few comedy scenes that make us laugh, this movie ends without leaving any impact.

While it comes to acting, Sivakarthikeyan is very entertaining as usual and tried his best to pull off the movie on his shoulders with his comedy timing. Many scenes in the movie look silly, but Sivakarthikeya managed to cover those scenes with his acting skills. Maria Riaboshapka looks very beautiful on screen and gave a decent performance. It is fun to watch her dance for Indian mass numbers in the songs. Satyaraj was good to some extent, but looks over the top in few scenes. Premgi Amaren is okay and all other actors did their part as required for the story.

Technically Prince movie looks average. Songs composed by Thaman are not up to the mark, except ‘Jessica’ song. Even the background music is very loud in many scenes. Manoj Paramahamsa is one of the finest cinematographers in India, but the visually Prince is not that good and most of the frames are filled with overly bright colors. Editing of the movie could have been taken care of. Production values are good.

Director Anudeep KV was successful with his movie ‘Jathiratnalu’ as the comedy worked out in theatres, but it failed terribly when premiered on TV and many people bashed the movie for it’s brainless comedy scenes. He once again tried to entertain the audience with same type of comedy and we have to see how will audience react to the movie in theatres this time.

Overall, Prince is only watchable for few comedy scenes & lacks in story and other departments.