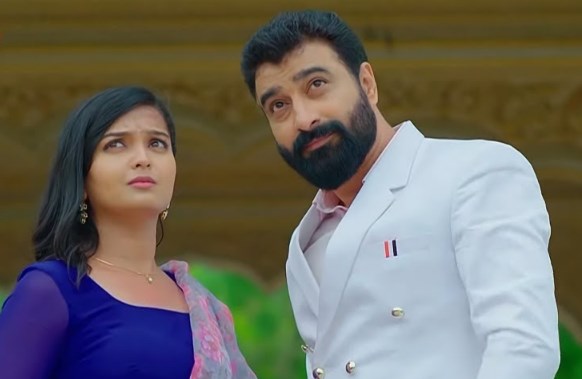 Prema Entha Madhuram Serial is Completely a Romantic Drama. Story revolves around Arya Vardhan and Anu. Arya Vardhan is a Middle aged successful business man fells in love with an Employee in his company named Anu. Both decides to get marry but Anu’s family doesn’t agree for this while Arya Vardhan has a past which he keeps it as secret with Anu.

Venkat Sriram has been Playing lead roles in Serials since long time He was born on June 19, 1976. His famous serials were Vidhi. Venkat became popular with Bommarillu movie.

Varhsa HK is a Kannada Serial Actress. She became popular with Kannada Serials like Kashuri Nivasa and Nagamandala. Her mother tongue is kannda but she fastly learned telugu and can speak now without any problem.

Prema Entha Madhuram Serial has been loved by the audience a lot. Below we have given you the ratings that are release by BARC.

Prema Entha Madhuram Serial is actually a Remake of Marathi Serial “Tula Pahate Re” which aired on Zee Marathi Channel from 13 August 2018 to 20 July 2019. In Marthi is got good response and that is why it was remaked into 8 other languages as in Telugu titled “Prema Entha Madhuram”.

Watch Prema Entha Madhuram Serial on Zee Telugu Channel From Monday to Saturday at 9pm or on Zee 5 OTT Platform on Same timings.