Prem Kumar Movie OTT Release Date: “Ek Mini Prema Katha” Fame Santhosh shoban Starrer Prem Kumar is going to release soon. Trailer of Prem kumar was released in June 2021. Abhishek Maharshi is the Director of this movie. Release dates and OTT rights of it aren’t announced by any of the film makers. 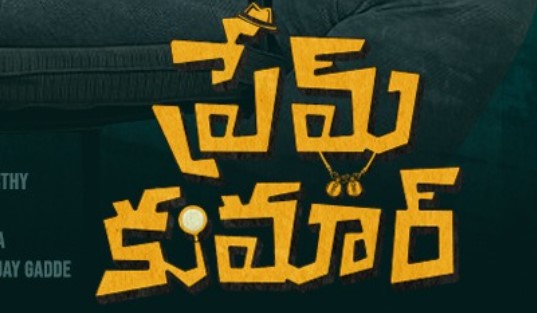 Prem Kumar is a Comedy Entertainer. Santhosh shoban plays the role of Prem Kumar who is frustrated and feels eluded with marriage. What he does in his frustration at the time of marriage is going to be the crux part of the movie.

Abhishek Maharshi and Anirudhh Krishnamurthy written the story, Anant Srikar Composing the Music while Cinematography was done by Rampy Nandigam. Now Santosh Shoban is one of the emerging actors in Tollywood. In Golconda High School Santosh played the role of Young Sumanth.

Prem Kumar Movie’s Release Dates and OTT Rights aren’t announced by any of the film maker. Till now only trailer of it was released on 6th June 2021. After Mini katha movie Santosh Shoban getting popularity in Tollywood. He is the son of Varsham Movie Director.

As Trailer of Prem Kumar Movie already released, then Release date can be expected within a couple of months. Other movies of Santosh Shobhan’s Like Manchi Rojulochai is also line up for release on 23rd September. Rebel Star Prabhas is also helping santosh and Promised him to get 2 movies under UV creations.