Prakash Raj to contest for MAA Association Election (Tollywood): Tollywood Maa Association used to has elections for president post every two years. The last 2020 election has been cancelled due to COVID-19 outbreak. Now the Tollywood is planning to conduct the elections in the next few months. 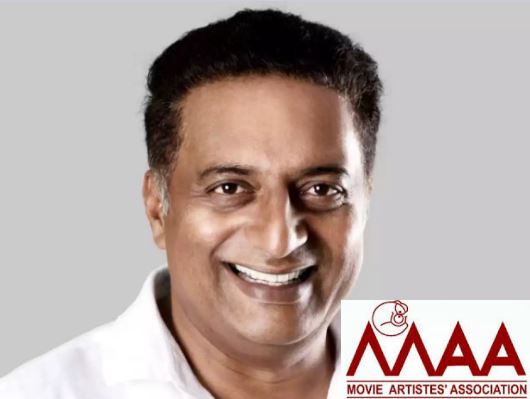 After Murali Mohan stepped down from the post, Rajendra Prasad was elected as President. Later, Sivaji Raja worked as a president and senior actor Naresh is the current president. Now, we came to know that Prakash Raj wants to make his way to the association election.

As per the buzz in Tollywood, Prakash Raj wanted to contest for President’s post in the coming tenure. He is hopeful that he will win since he has the support of Megastar Chiranjeevi, Naga Babu and other movie artists. Prakash Raj opened up on the same recently in an interview with TV9 that he will be contesting in the election 2021.

On the other side, Former MAA president Sivaji Raja likely to content in this year election.