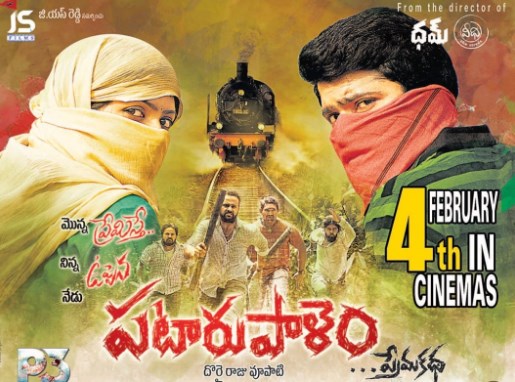 Pataru Palem Prema katha is a Complete Romantic Drama movie. Its a love story between Rich Girl and Poor Guy. They both fell in love deep but the Girls family didn’t accept their daughters love and try to eliminate guy. In this course, both Girl and Guy tries to escape from them and wants to marry and live a Happy life.

Pataru Palem Prema Katha is one time watchable. Some Bold Romantic scenes are there so it can’t be watched with family Though it’s a routine story, Makers tried to presented it well. If some better could be done in Dialogues and Script, the movie would have come out more better.