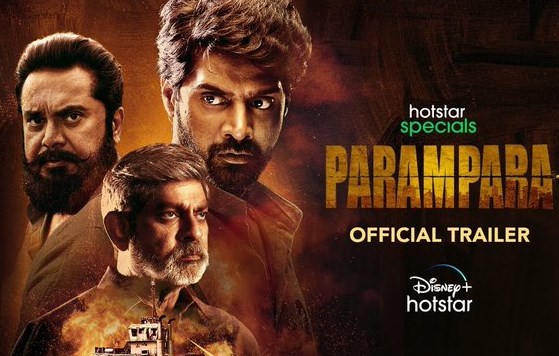 Parampara is a Complete Actio drama. Its a Complete Political Action Power packed drama. Story revolves around Chasing Power and revenge. Makers have given a Caption titled “For them Revenge is a family matter”. Released trailer getting good response and looks promising.

Parampara is a Complete Action packed Drama series. All episodes will start streaming from December 24, 2021. Bold scenes are also included and it looks like it cant be watch with children.

Parampara Series Starring Jagpathi Babu, Sarath Kumar and Naveen Chandra in the main lead roles is all set to start streaming from December 24 on Hotstar ott. Trialer is good and this series may get good response from viewers.