Panchathantram Movie Review: It’s been 2 years since the movie was announced and the film was ready to release but amidst releasing big films and pan India films, makers decided to hold the film for a right slot to release, however, the film has finally released today December 09, 2022, well the teaser and trailer grabbed the attention and raised expectations and Comedy legend Brahmanandam did a cameo in the film, well let’s dive into the in-depth review and find out whether the film is worth watching or not. 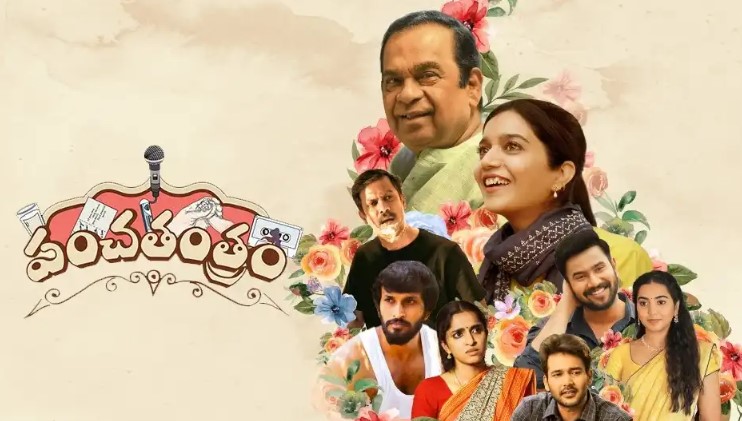 Panchathantram narrates 5 different stories, and every story has its own conflict every story owns one human sense like the smell, taste, hearing, touch, and taste, how these stories relate to each other and whether will they get what they want in their life forms rest of the story.

Brahmanandam, Swathi Reddy, Naresh Agastya, Rahul Vijay, Shivathmika Rajasekhar, Divya Drishti, Samuthirakani, and others, and the film was directed by Harsha Pulipaka, while the cinematography has done by Raj K Nalli, music has composed by Shravan Bharadwaj & Prashanth R Vihari and produced by Akhilesh Vardhan & Srujan Yarabolu under the banner of TicketFactory & S Originals.

Generally, we have been seeing anthologies on the OTT platforms but to make it for the theaters is what ‘Panchathantram’ grabbed the attention, well the film is a beautiful amalgamation of human emotions, and the film starts off interestingly with Vyas played by Brahmanandam narrates the five stories, it then dives into the stories where you can experience the beautiful conversations in the episode of Lekha(Shivani Rajasekar) and Subhash( Rahul Vijay), slowly you will get into the world of Panchathantram and you can see all the five stories bits and pieces in the first half, which makes you curious to watch the later half.

The biggest drawback of the film is dead slow narration, although we connect with the interesting characters and beautiful narration, the second half where you can see the depth of the five stories, their problems, their joy, their mental status, everything makes you invested in the story and emotionally connects you till the climax if you hold your patience with slow narration till the film ends then you will surely come out of with sweet feeling.

Talking about the performances, the film has a stellar cast and the biggest attraction is comedy legend Brahmanandam, he played the character called Vyas, he literally get into the skin of a character, and the way he narrated the stories with his comedy timing was a treat to watch it on screen, Swathi has done a good job she has less screen time, Samuthirakani again impressed with his fine performance as his sense of smell works so strong those scenes were brilliantly captured and he emoted so well and rest of the cast Shivathmika, Rahul Vijay, Naresh Agastya, Divya Dristi all did their best in bringing the characters so authentic.

Kudos to the director Harsha Pulipaka for bringing this beautiful tale to us, there are flaws in the writing where many characters have no proper ending and the narration could have been a bit racy, apart from these he dealt all five stories so well, and telling the stories with human 5 senses is what made the film so special and he succeeded in engaging the audience from the beginning to end.

Technically, the film is okay, a few episode’s visuals are good, Raj K. Nalli’s cinematography is good in parts and Shravan Bharadwaj & Prashanth R Vihari did a brilliant job then literally lifted the many scenes with their background score and the rest of the team did well.

Overall, Panchathantram is a beautiful amalgamation of human core emotions that can watch by every section of the audience.