Ori Devuda Telugu Movie Review: Vishwak Sen has created a good fan base among the young heroes in Telugu film industry and choosing different subjects that are mostly targeting youth. His last few films received positive response from the audience, but did not fare well at the box-office as expected before the releases. Vishwak Sen has now come up with ‘Ori Devuda’ with Victory Venkatesh doing a cameo role has released in theatres today. Let’s not waste any more time and get into the detailed review of this movie to know, if this movie is watchable in theatres and if this movie can fare well at the box-office. 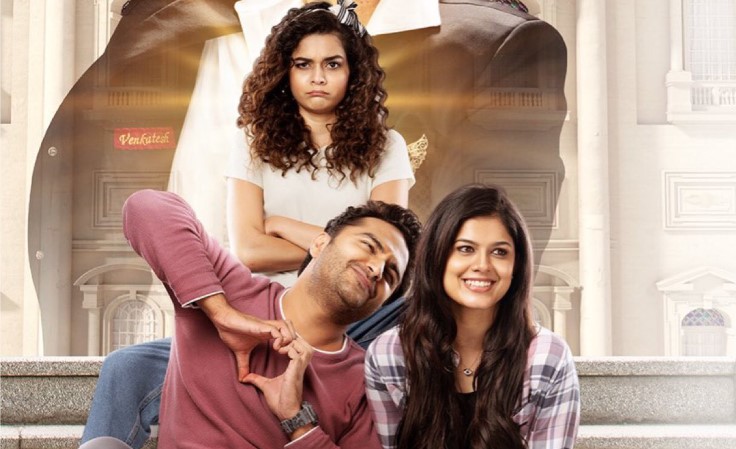 Arjun and Anu are best friends since childhood, Anu asks Arjun for a marriage proposal all of a sudden, while Arjun is in confusion, his parents and Anu’s parents decides the date. After their marriage, Arjun feels that Anu can only be a best friend to him and living lifelong with her is not a good option, at the same time he accidentally meets his childhood crush & senior Meera. Rest of story is all about the life of Arjun handling his relationships troubles, finding his true love.

Ori Devuda movie is an official remake of the Tamil superhit movie ‘Oh My Kadavule’. Telugu version has not many changes in the plot or the scenes. This story looks very similar to many love movies in the past, but what makes it different from the other movies is the fictional point included to it. Scenes where Venkatesh Daggubati enters and offers a ticket to Vishwaksen and the scenes that follow is something that feels fresh to watch on screen. These scenes creates the interest among the audience and make them think what’s going to happen next.

Screenplay is another plus point in this movie. Though most of the scenes are very simple and routine, screenplay is something that creates a huge difference from other love movies in the past. Starting with the court scenes, meeting Venkatesh Daggubati and then shifting to flashback, this is what makes this movie more interesting to watch till the end. Movie ends with a good message as well that could connect with the present youth.

While it comes to acting, Vishwak Sen as Arjun is energetic on screen, but his performance in few scenes might look a little over the top. Though he is managing with his acting skills, it is now time for him to concentrate in his looks as well. Mithila Palkar is loved by many people after her appearance in ‘Little Things’ series and she did very good in the role of Anu, though this was the first time she is acting in a Telugu movie. Venkatesh Daggubati entertained as usual in a cameo role offered to him, Rahul Ramakrishna was decent as his assistant. Asha Bhat was okay and need to improve in her acting. Murali Sharma and other actors did their part well as required for the story.

Technically Ori Devuda movie is good. Music composed by Leon James was apt for the story and the song sung by Anirudh is the best. Vidhu Ayyana cinematography is decent, but few scenes looks over saturated that could have been taken care of during the DI. Editing could have been better. Production values are good, but could have taken much care about the VFX shots, though these scenes are very limited.

Director Ashwath Marimuthu who helmed the original tried to stay original without many changes in the story and scenes. He was successful in entertaining the audience with some fun scenes and fiction added to the proceedings.

Overall, Ori Devuda is a decent love film that is entertaining and can be watched in theatres with our partner.