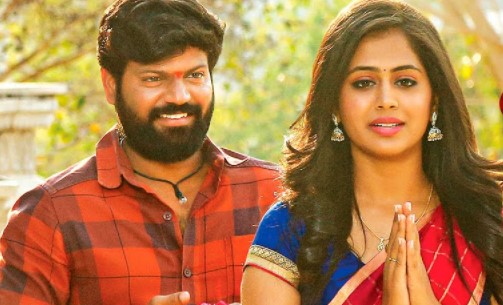 Ooriki Uttharana Movie’s story was revealed by writer. But by the teaser and lyrical song we assume the story as Village Back drop film. Both Lead Characters fell in love, college and village places were shown in the song.

Vanaparthi Venkataiah Produced this movie under banner of Eagle eye entertainments. Bheems Ceciroleo Composed Music while Cinematography was done by Srikanth Arupula. Nagamani Raju and Uday Sharma has written Dialogues for this film.

Caption of Ooriki Uttharana is “Premaku Maranam Ledhu kaani Premisthe Maraname” which itself tells the main part of the movie. Lovers or one of the lover in this Picture may get killed. Deveri song which was release just 3 days back has reached more that 1 million views. Other details of the movie are given below.

OTT Rights of this movie aren’t announced by any of the film makers. Trailer was also not released till now. Recently devari lyrical song was released which is gaining positive response with 1 million views in just 3 days.

Theatrical release date also not announced. Ooriki Uttharan first seems to get release in theatre. Almost all cast and Crew members are making debut in tollywood with this Picture.

Shooting was wrapped up, only post production is being done. Soon this movie is going to hit big screens within a couple of months.