Oke Oka Jeevitham Movie Review: Actor Sharwanand is in very bad phase and his last few movies turned out to be disasters at the box-office. His last movie ‘Aadavallu Meeku Johaarlu’ was also declared a disaster and within no time, he has come up with a new concept film titled ‘Oke Oka Jeevitham’, which also released in Tamil today with the title ‘Kanam’. Let us get into the detailed review of the movie, to find out if Sharwanand is successful in entertaining the audience in the theatres. 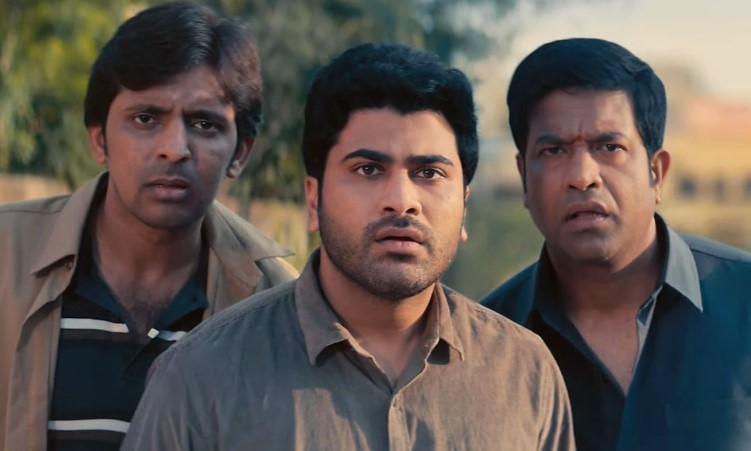 Adi, who wants to become a good musician and singer has some anxiety issues while performing infront of large group of people. His friends Seenu and Chaitu has also some issues with their lives. These three friends meet a scientist, who believes that people can travel through time. Adi, who is missing is mom badly decides to travel to his past and set the things right. The situations that Adi, Seenu and Chaitu has to after this decision forms rest of the story.

When it comes to acting, Sharwanand is impressive as Adi, who loves his mother. His performance in emotional scenes clearly shows how good an actor he is. Amala Akkineni is seen on screen in Telugu after ‘Life Is Beautiful’ and she was perfect for the role. Ritu Varma has less screen presence, yet she did her part well. ‘Vennela’ Kishore and Priyadarshi also did a good job in portraying their roles and evoked a few laughs in some scenes. Nasser always lives in the character and makes it look believable. All other actors did their part well as required for the story.

Technically Oke Oka Jeevitham’s movie looks okay. The music composed by Jakes Bejoy was good, Amma song & Okate Kadha song were good. The background music also suits the mood of the film. The cinematography by Sujith Sarang is okay and a few shots look beautiful on screen. We can see a few compromises in terms of budget and that is common for time travel concepts as it needs more funding for the VFX. The production values of this movie are good.

Director Shree Karthick is impressive with his making style. This debut director dealt with the concept of time travel very well, making it understandable for everyone without any confusion.

Overall, Oke Oka Jeevitham is a very good attempt in Telugu, on the concept of time travel mixed with emotional drama. This movie definitely watchable in theatres for it’s new content.