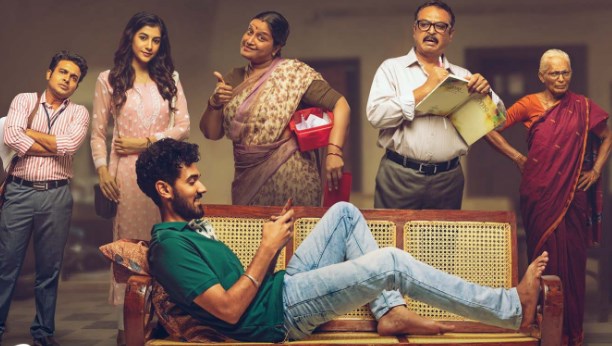 Oka Chinna Family Story Series is a Family Comedy Drama. Story Revolves around Middle Class boy Mahesh (Sangeeth Shoban) who faces many Problems because of his Unemployment in a middle class Family with his. Naresh Played the role of Father and Tulasi as Mother. Whole Concept of Family bearing a loan of 25 Lakh was shown in a funny way. Father and Sun relation was shown in a Serious Comedy way.

This series has a Complet of 5 Episodes with Each Episode at a length of about 40 to 50 Minutes. On the Occasion of Producer Niharika Father Nagendra Babu Birthday, its trailer was Released. Serious family emotions are shown in a funny manner in this movie.

Oka Chinna Family Story is Zee 5 Original Series all set to Stream on November 19, 2021. Sangeeth Shoban Plays the role of an Unemployed Youth Character in this Series. Naresh Plays the role of Shoban’s Father. Director said that this Series will tough All telugu Audience a lot.

Actor Sangeeth Shobhan has been doing number of movies since Recently. His Manchi Rojulochai movie is going to release on the Occasion of Diwali on November 4, 2021. Oka Chinna web series has a Total of 5 Episodes, Each Episode with a length of around 50 minutes. Getup Srinu also playing supporting role.

Oka Chinna Family Story is a Zee 5 original Series. Niharika Konidela Produced it under her own banner Pink Elephant Pictures.