Nithya Menen Wiki and Biography: Nithya Menen is well-known in the Indian entertainment industry for her work as an actor, a playback singer, and a dubbing artist. She became well-known for her role as Tara in the Tamil film O Kadhal Kanmani. Nithya has won a total of three Filmfare Awards. 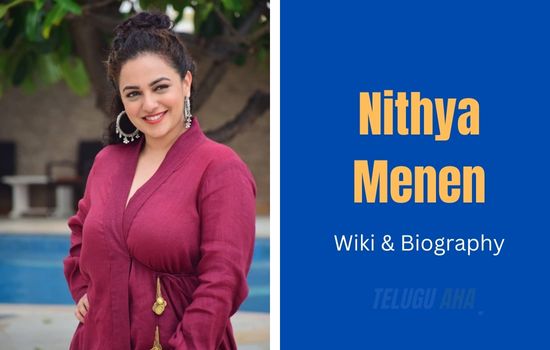 She made her first Hindi film with Abhishek Bachchan in the web series “Breathe: Into the Shadows,” which debuted on the Amazon Prime OTT service.

Nithya Menen went to school at the Poorna Prajna School in Bangalore. Nithya went to the Manipal Institute of Communication in Manipal and the Mount Carmel College in Bangalore to learn more about journalism.

In the year 2022, Nithya Menen will be 34 years old. She was born on Friday, April 8, 1988, in Banashankari, Bangalore. She was born under the sign of Aries. Nithya was an active student who did a number of things outside of school. She was always good at acting and singing, even when she was young. Menon got a part in the English-language movie “The Monkey Who Knew Too Much” when she was only 10 years old.

Nithya’s dream job was always to be a journalist. Menen wanted to be a journalist at first, but in the end he decided against it and chose to work in movies instead. She then went to Pune to go to the Film and Television Institute of India to learn how to make movies. When Menon went to take the test to get into the course, she met B. V. Nandini Reddy, who is a director. Reddy told Menon that he should become an actor.